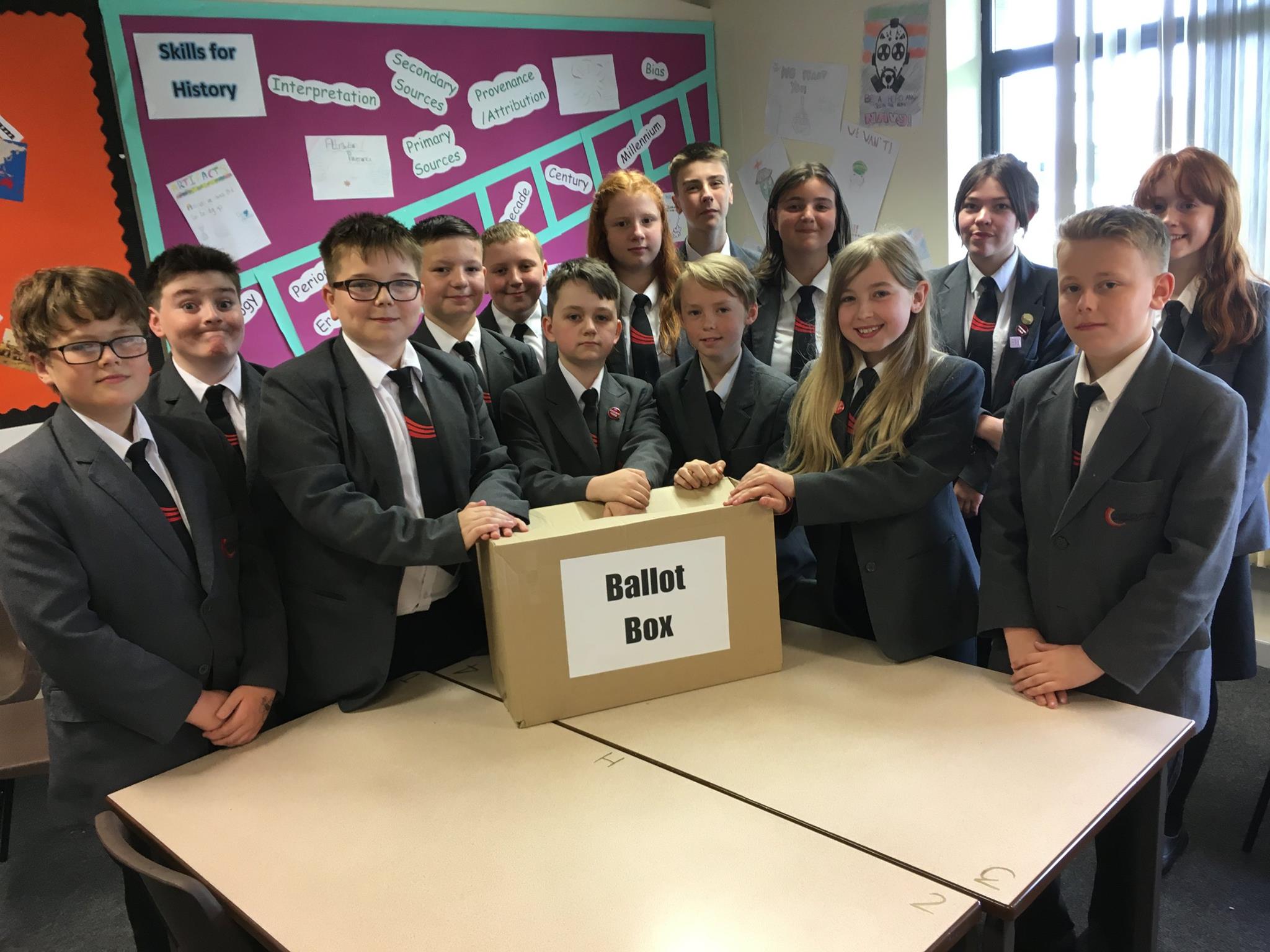 Students across the academy learnt about British values and democracy during Personal, Social, Health and Education lessons.

They also looked in detail at the manifestos of each of the parties represented in the General Election in Erewash before voting.

Labour came out on top, followed by the Conservative Party, UKIP and the Lib Dems.

Louise Carroll, Head of PSHE at the academy, said she was pleased with the interest that the students took in the election.

She said: “They looked at the different proposals in the manifestos and were particularly interested in what will affect them such as tuition fees, the NHS and Brexit.

“Every year group apart from Year 11 took part as they are sitting exams. It was great to see them so engaged with the election and they certainly know their own minds and were very well informed.”

Student Kai Compton, 13, said he thought that learning about the election had been extremely valuable.

He said: “I think it’s good to know what’s going in the world and it was interesting to look at each party’s manifesto.”

Student Chad Fowkes, 12, said he was interested in learning more about the issues that will affect young people.

He said: “I’ve always taken an interest in politics and I became really interested after the EU referendum. I’ve tried to stay updated on politics since then. I would like to see free tuition fees because that could affect me when I’m older and that’s why I’m interested in Brexit too.”

Nia Salt, Principal at OIEA, said she hoped the mock election had inspired the students.

She said: “We recognise the value of informing our students about what is going on in the world around them and I was pleased to hear about how well informed our young people were about the General Election. I hope that they will be proud to use their vote when they are older.”