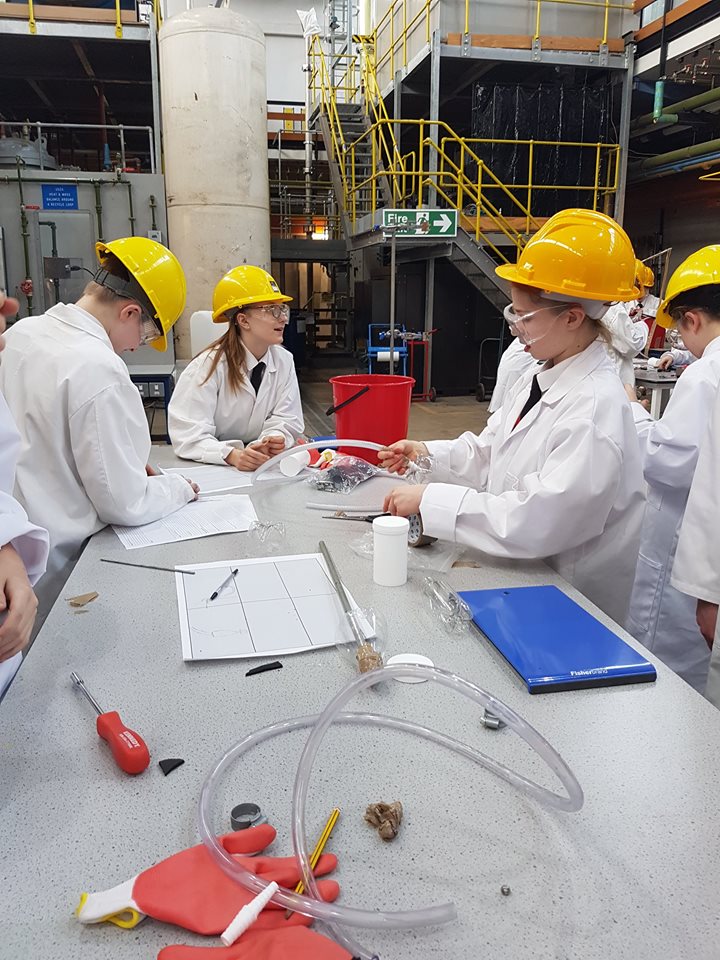 Lessons in university life were on the timetable for students at Ormiston Ilkeston Enterprise Academy as part of a series of visits organised in a bid to raise their aspirations.

Twelve Year 8 students visited the University of Nottingham to take part in a Science workshop which resulted in them earning a Bronze CREST award.

The CREST awards scheme is the British Science Association’s flagship programme for young people which gives them the chance to participate in hands-on science through investigations and enquiry-based learning.

Students were asked to design a water pump that could move one litre of water one metre off the ground.

Nick Jardine, Science teacher at OIEA, accompanied the students on the trip.

He said: “They had to research their own design and look at different types of pumps. They were split into three teams of four and there was another school there too.

“They all designed a pump and two groups were successful and moved the water and one group missed out by about an inch from moving the water the full metre high.

“It was a fantastic opportunity for them and they really enjoyed it. It was about building up their resilience, trial and error and effort. They were perfectly behaved and I was extremely proud of them. I think there were two students whose family members had been to university but no-one else. It’s all about raising their aspirations and making them realise that university is a possibility for them.”

Students in Year 9 also visited the University of Sheffield as part of a three-year programme called Discover Us which sees them take part in a series of visits.

Earlier in the year, Year 10 students also visited Nottingham Trent University where they built a robot as part of an NAO robotics day, which was sponsored by construction industry solution company Caterpillar.

She said: “The aim of our outreach programme is to give students in every year group a university experience. We want them to be fully aware of all the different choices they have and it’s important they are aware of the possibilities from a young age.”