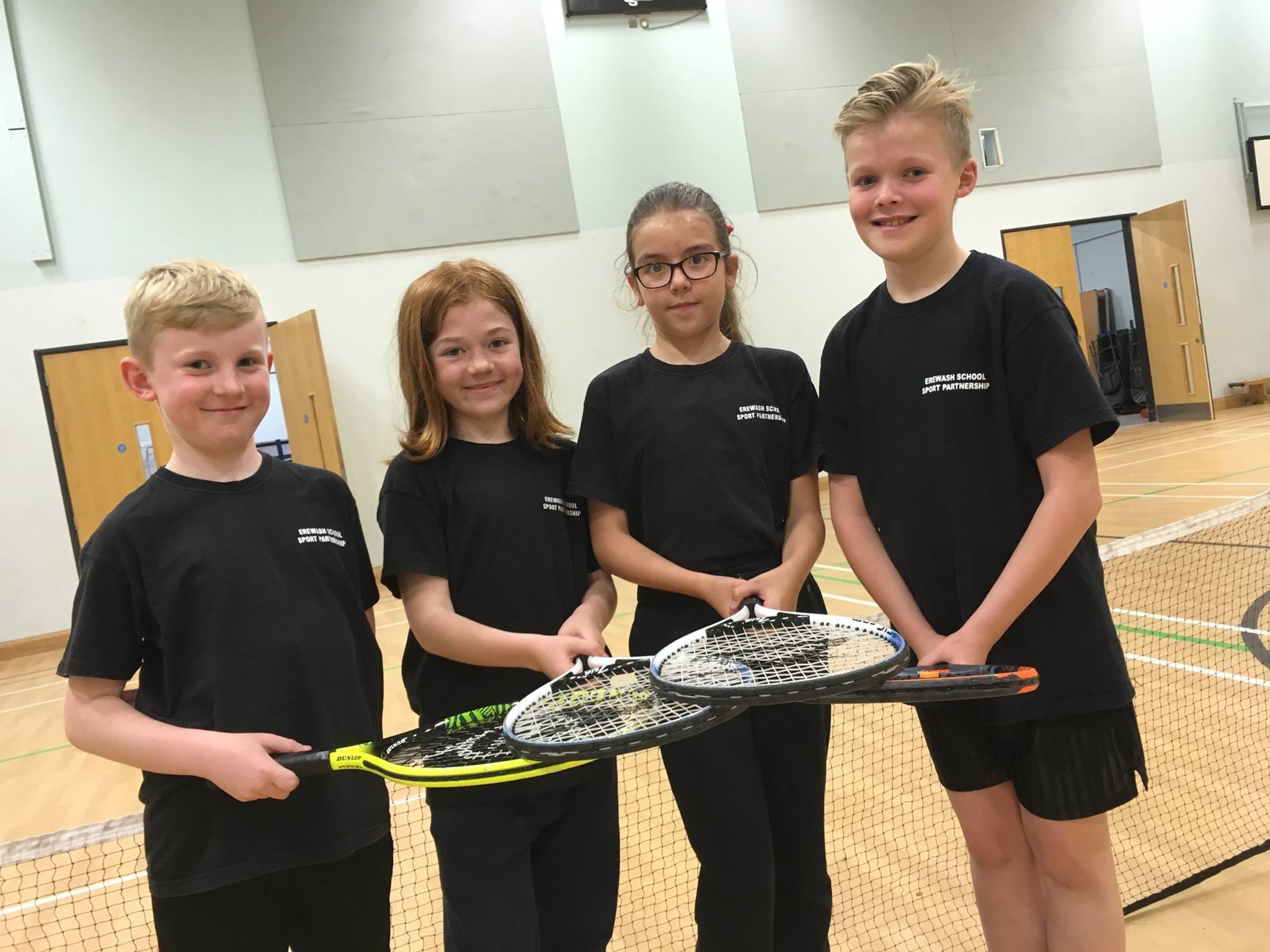 It was game, set and match for primary school pupils who enjoyed a tennis tournament organised by Erewash School Sport Partnership.
Youngsters from Hallam Fields, Chaucer Junior, Sawley Junior and Ashbrook Junior School made it to the final of the event which was held at Kirk Hallam Community Academy.
The winners were Sawley Junior School and they will go on to compete at the Derbyshire Summer Games event on July 11th.
Jack Steggles, competition organiser from Erewash School Sport Partnership, said the tennis competition had been a great success.
He said: “We held competitions across the north and south of Erewash and the top two at each made it to the final. It has been indoors and the children use very soft sponge balls and the court width is smaller. They’ve really enjoyed taking part and hopefully have been inspired to play more tennis.”
Pupil Lucas Redfern, nine, from Chaucer Junior School, said he felt proud to make the final.
He said: “In the last competition I won two games and lost one. I do love playing tennis and I play it at school. I like it because it’s just one on one and if you lose you’ve got no-one else to blame but yourself. I’m really pleased to make the final and feel quite proud.”
Gary Smith, class teacher and PE co-ordinator at Chaucer Junior School, said taking part in the tennis competition had improved his pupils’ confidence.
He said: “We have a professional tennis coach who comes into school and works with our Year 4 children and that’s been great; the children have got a lot out of it. Taking part in this tennis competition has been a great opportunity for our pupils and it really helps with their confidence.”
Rhian Lilley, Erewash School Sport Partnership development manager, said she hoped the tennis competition had inspired more children to give the sport a go.
She said: “We’ve had some great feedback from this competition and I know the children who took part have really enjoyed it. We hope that they have more confidence now and might look to play more tennis, perhaps at school or a local club. Hopefully they are feeling inspired and maybe we might even see one of them playing at Wimbledon in the future.”
Notes to editors: Erewash School Sport Partnership is a group of 45 schools working together to develop PE and sport opportunities for all young people. Its core priority is to improve the quality and quantity of PE and sport in schools. The partnerships aims to engage, motivate and include as many young people as possible in a positive PE and sport experience.