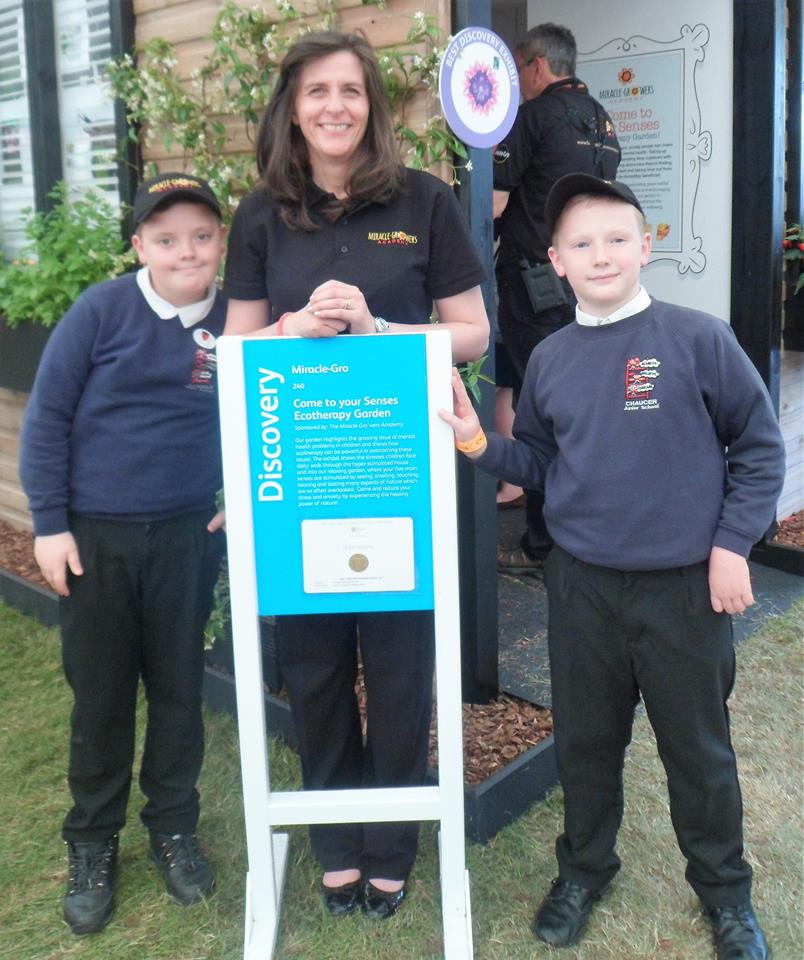 Chaucer Junior School Gardening Club, Ilkeston, were on the Miracle Gro’wers stand at the RHS Chelsea Flower Show which is sponsored by Miracle Gro in the Great Pavilion. They design the garden, and various schools throughout the country contribute by doing experiments weeks before the show and then talking to the public about them on the stand. This was Chaucer’s fifth year at the show and again the only school from Derbyshire to be there, which they are extremely proud of.
This year the Miracle Gro’wers garden, named ‘Come To Your Senses Ecotherapy Garden’ won GOLD for the first time and also won ‘Best Discovery Exhibit’. The school is thrilled to be part of this amazing achievement and would publicly like to say a massive Congratulations to Miracle Gro. The great thing about being part of this learning journey is giving children the chance to be part of something really special like the RHS Chelsea Flower Show, and letting them see for themselves what it’s like to be at the world’s greatest flower show.

PS. The Chaucer team will be at Press Day at RHS Chatsworth on Tuesday 6th June for the first ever show there with their ‘bug hotel’ in the schools section.