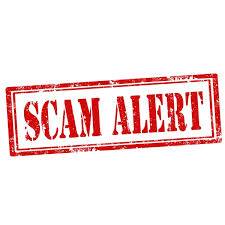 Erewash Borough Council has issued another warning to residents to be on their guard against fake phone calls which are trying to get money out of homeowners as part of a Council Tax scam.

The council has issued an immediate alert after a resident in the borough got in touch to say she had taken a call from a company telling her she was in the wrong banding for her property and they could get it lowered and win her thousands of pounds in cash if she paid them £120 over the telephone.

The resident initially paid the money but became worried and cancelled the payment with her bank after she couldn’t get back in touch with the company on the telephone number she was given.

The council has previously issued alerts of nationwide scams about council tax refunds which ask for personal information sent via fake emails or text messages.

Any residents with concerns over any phone call they receive about council tax or any document sent by email or through the post can contact the council’s revenues team on 0115 907 1000.