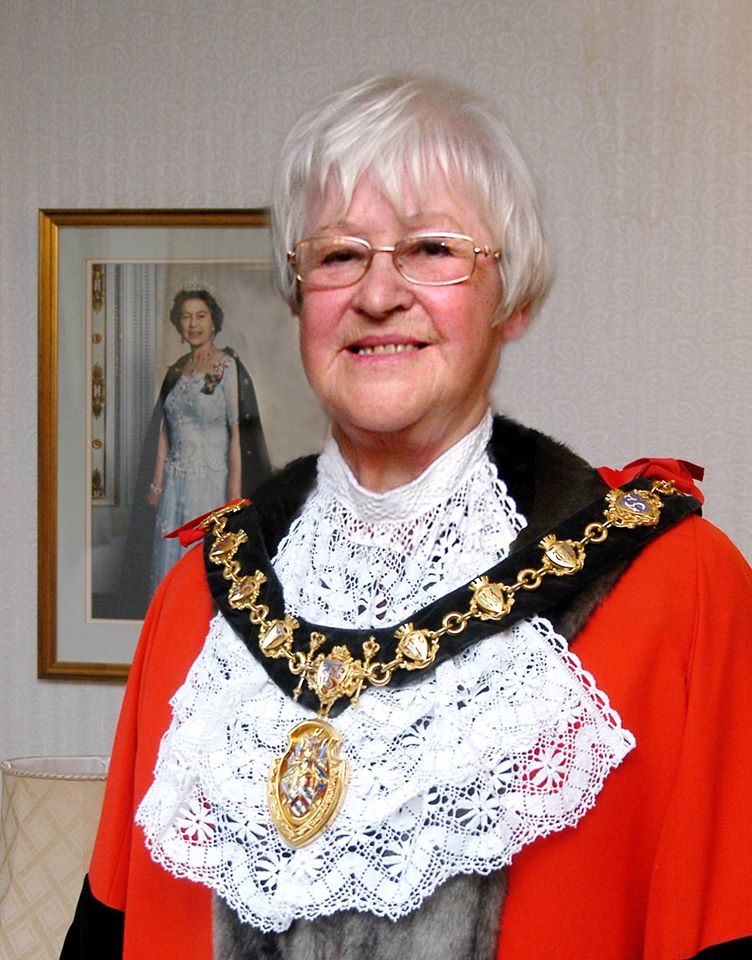 The new Mayor of Erewash is Councillor Mary Hopkinson, who was formally elected to the role during Erewash Borough Council’s annual meeting last night (18 May).

Councillor Hopkinson, who has represented the Little Hallam Ward on the Borough Council since 2011, will serve residents as the First Citizen of the Borough for the civic year 2017/18.

During her mayoral year, Councillor Hopkinson will be supported by her husband Peter, while her friend Mrs Megan Walker will step in for some events.

A variety of fundraising events will be held during the year and the Mayor has chosen to support and promote four charities – Sight Support Derbyshire as she herself has an ongoing sight problem; The Canaan Trust, the Long Eaton-based charity which helps those people who find themselves homeless; Ben’s Den, a charity which offers holidays for families with terminally ill children and, as she is conscious of the many people who are affected by dementia, The Alzheimer’s Research UK.

Councillor Hopkinson is looking forward to representing the residents of Erewash during her civic year:

“I feel very honoured to have been elected as Mayor and it is my greatest pleasure to serve the residents of our wonderful borough during my civic year, which I will do with great pride.

“I am well aware of the inspiring and valuable work that goes on daily in all corners of Erewash and I look forward to attending events during this year and to meeting residents of all ages and hearing their stories. There is much of which we can be proud in Erewash and I am truly excited to be in a position to promote this during the coming year.”
Councillor Hopkinson was born in Ilkeston and educated at local schools – Bennerley Infants, Granby Juniors and Hallcroft Girls School.

Her working life started at Booths factory in Ilkeston before taking a career break to raise her two daughters Joanne and Ruth. She returned to work in the offices at Winster Products and finally Domestic Industrial Pressings.

The Mayor is involved with a variety of local organisations including the Ilkeston 50+ Forum; she is Secretary to the South Derbyshire Neighbourhood Watch Scheme and is a founder member of the Ilkeston Lioness Club.

The Reverend Christine French of All Saints Church, Kirk Hallam, will be the Mayor’s Chaplain during her year in office.

• The new Deputy Mayor of Erewash is Councillor Chris Corbett, who represents the Wilsthorpe Ward, for which he has been the borough councillor since 1999.

He has been the Leader of the Council for the last 10 years before stepping down this month to take up the Deputy Mayor role.