Students learn how to be brilliant 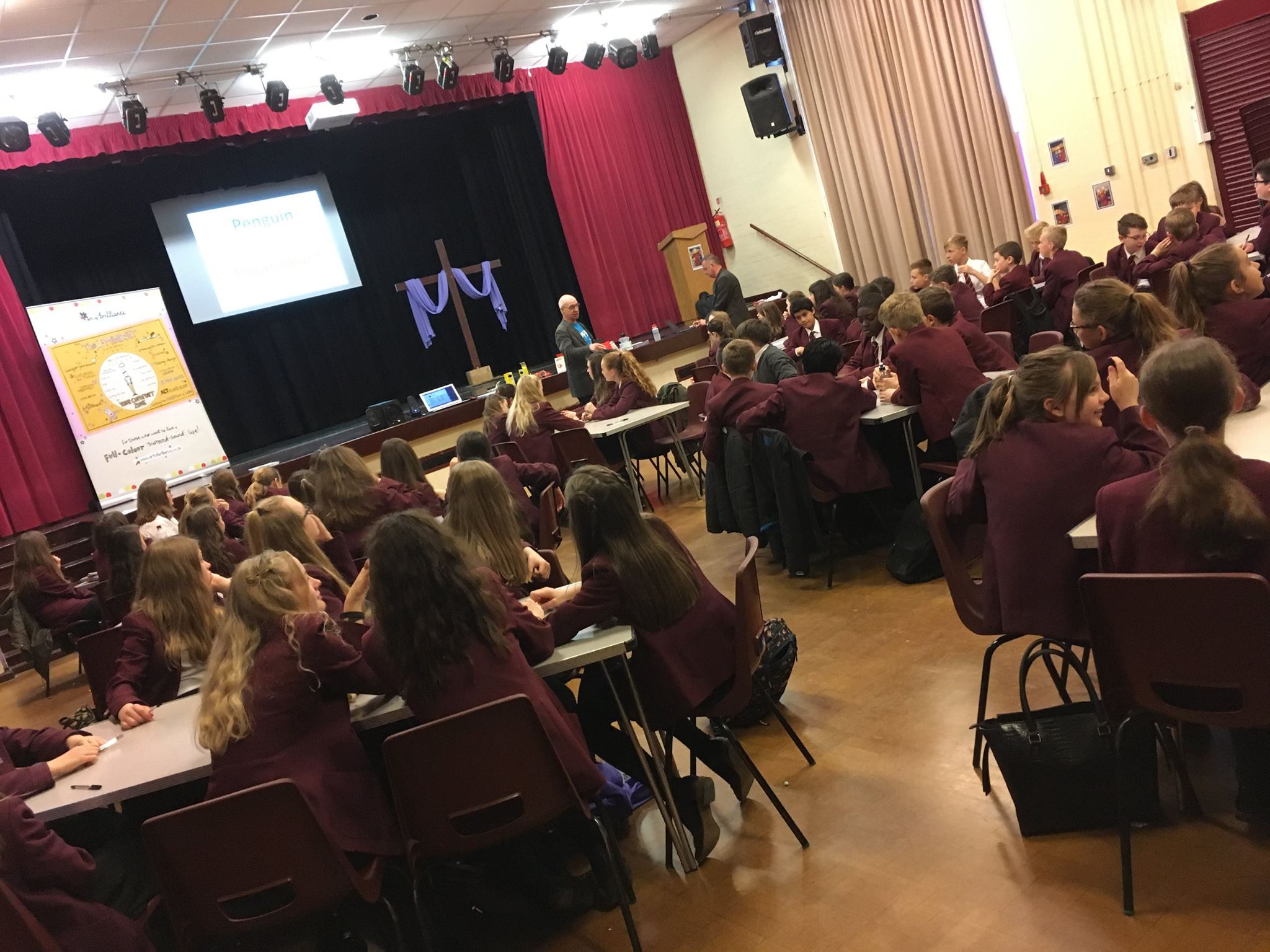 Students at Saint John Houghton Catholic Voluntary Academy were given tips on how to be brilliant at an inspirational workshop.

The Art of Brilliance workshops are the brainchild of author Andy Cope, who is currently doing a Doctorate at the University of Loughborough investigating the science of happiness and positivity.

His team runs workshops in businesses and schools in a bid to try to influence people to think differently.

The whole of Year 7 at Saint John Houghton CVA took part and were urged to be the best version of themselves that they can be.

They were asked to fill in a questionnaire about their thoughts and feelings before organisers Tony Seymour and James Hilton talked to them about how they could be more positive.

Mr Seymour said: “We go all over the country working with young people and helping them to work out how they can be the most brilliant version of themselves that they can. We want them to go away from this being even more awesome than they already are.”

Students were urged to think how they could change their habits and they way they think by choosing to be positive.

Mr Hilton said: “You can choose to be positive, it makes so much difference. It’s so obvious but so few people are doing it, it’s common sense but it’s not common practice. It’s all about setting the tone and giving the right impression. It’s a choice.”

She said: “We want all of our students to get the most out of life here at school and beyond and this was a great way of taking some time out and just thinking about what kind of effect being more positive can have.”

Mr Cope has also written ‘The Art of Being Brilliant’ for adults and ‘A Brilliant Life’ for teenagers. He is the best-selling author of the children’s ‘Spy Dog’ and ‘Spy Pups’ series (aimed at age seven plus). The series has sold almost a million copies worldwide.