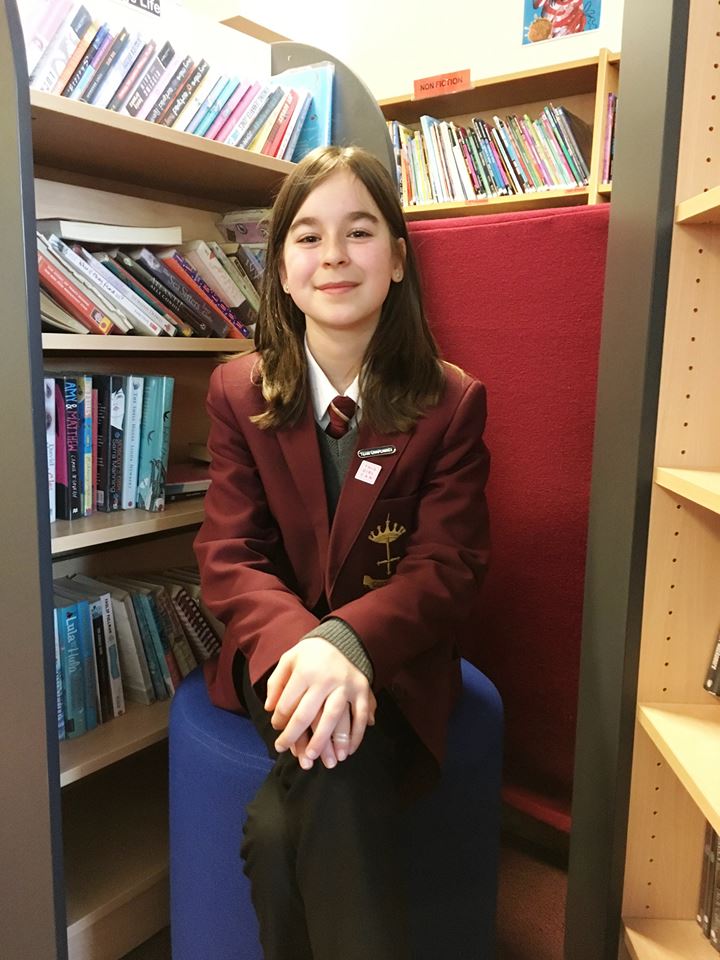 A student at Saint John Houghton Catholic Voluntary Academy has won her height in books after scooping first prize in a national poetry competition.

Kathryn Dudley, of Ilkeston, was the Under-12 winner of the Poetry Rivals Slam Final with her poem called ‘I Tried…..’

The 12-year-old decided to enter the competition after reading about it in a newsletter she receives from a writing website she has signed up for.

She was among 40 children selected as finalists and they all attended a hotel in Peterborough and read out their poems on stage.

The poem centres around a car accident and Kathryn’s inspiration was a bus ride.

She said: “You could write a poem in any style and about any subject and I decided to write about a car accident. I sent it off and then I was told I was a finalist and we all had to go up on stage and read our poems out. I was nervous but it was really exciting.

“Everyone sounded really good and we had a 10 minute break before the winner was announced. I thought I might have a chance of being highly commended but my name wasn’t read out.

“When they announced that I was the winner I felt exhilarated. The prize is my height in books which is great. I love writing, any chance I get I will write and I’ve always wanted to be an author. My family are very proud.”

She said: “Kathryn wrote a very poignant and moving poem and it’s incredible to think that she is only 12. She is very talented and works hard. We wish her every success of the future and we are sure that one day we will see her work in print.”