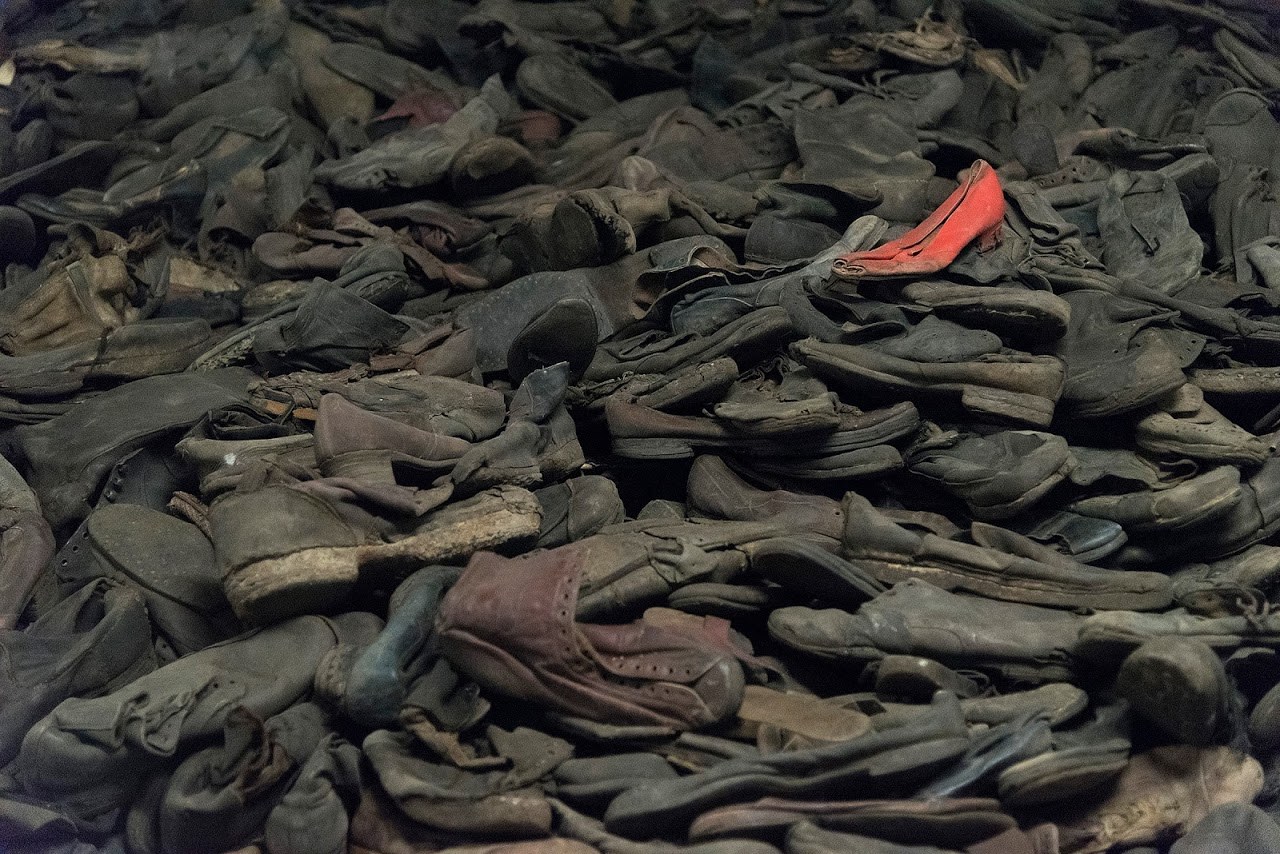 Two students from Kirk Hallam Community Academy have spoken of an emotional trip to Auschwitz as part of a course aimed at exploring lessons learnt from the Holocaust.
Rosie Joy and Bethan Lewis, both 17, visited the former Nazi extermination camp in a trip organised by the Holocaust Educational Trust as part of its Lessons From Auschwitz project.
The project is a four-part course which explores the universal lessons of the Holocaust and its relevance to today and is based on the premise that ‘hearing is not like seeing.’
Students took part in a preparation day in Nottingham, during which they spoke to a Holocaust survivor and learnt about what life was like for the Jewish community before the Holocaust.
A few weeks later they embarked on their visit to Poland and started their day by seeing a pre-war Jewish site in the Polish town of Oswiecim, where they learnt more about the victims’ lives.
Sites that were visited include several barracks at Auschwitz 1 before going to Birkenau, where the vast majority of victims were murdered.
Rosie said: “I think one of the most powerful things we saw were the exhibits which included children’s shoes; 40,000 shoes were collected in four days. We also saw hair that had been shaved or cut off the victim’s heads and every now and again we would see children’s plaits amongst it all. When we were at Birkenau it started to get dark and I was thinking that it was so cold and we were freezing in our clothes and shoes and the victims didn’t have anything.
“I think the trip gave us the opportunity to humanise everything, before we visited it was just facts and figures. I think it’s something that everyone our age should do; it’s about learning lessons from what happened.”
Bethan said: “I think the hardest thing to hear about was the part where the victims arrived and were separated from their families. They came in on a train carriage and we heard a testimony from a family that was separated. That was probably the last time they would see them. I think it hit me more when I came home. I really wanted to go on the trip as I think it’s hard to appreciate the scale of what happened until you see it.”
Both students, who are studying A-level History, will now be working on a 500-word recount before delivering assemblies about their trip to fellow sixth formers at Kirk Hallam Community Academy.
Martin Ebbage, head teacher at Kirk Hallam Community Academy, said: “This is an incredibly valuable experience for our students and it gives them the chance to see past the scale of the Holocaust and learn about the individuals involved and their incredibly moving stories.”