Charity effort by friends and firm raises £1,200 to give holidays to families with sick children 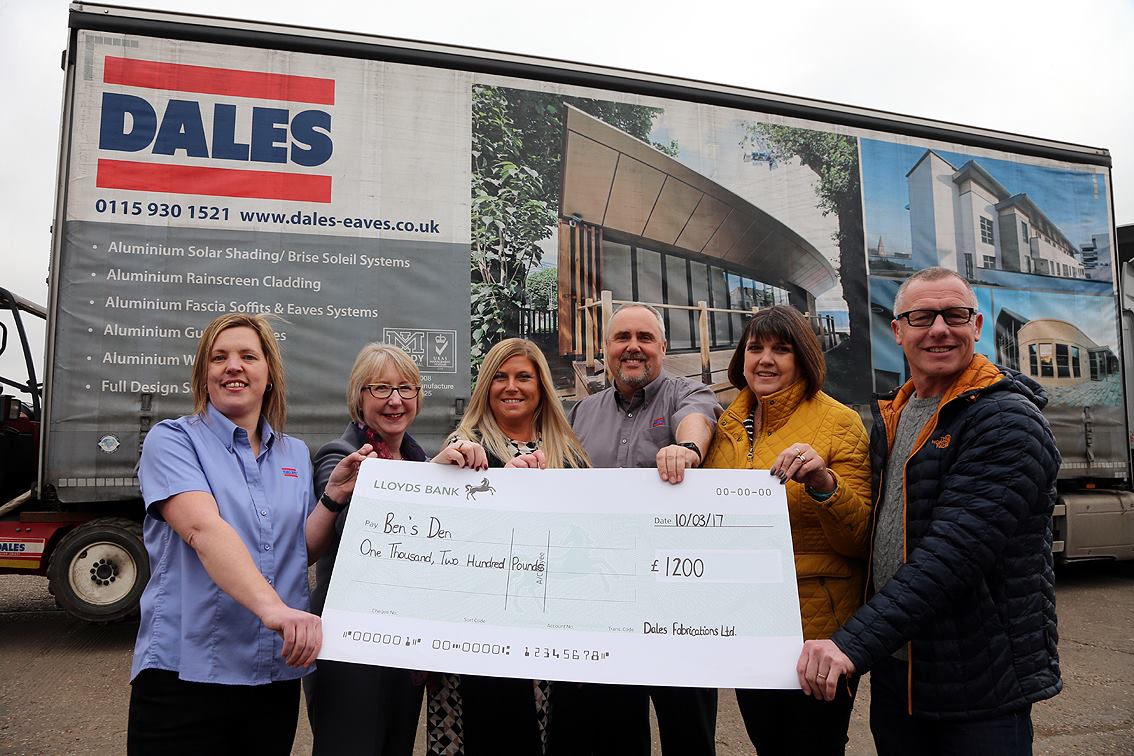 A Christmas charity effort by an Ilkeston factory worker and her friend has resulted in a £1,200 bonus for a local good cause.

Becky Cross of Kirk Hallam, who works as a powder coater at Dales Fabrications on Crompton Industrial Estate and Rebecca Frost started their effort two weeks before Christmas.

Becky encouraged co-workers to wear joke reindeer antlers with a donation going to Ben’s Den, set up in memory of Ben Parker who passed away in 2003 after a three-year battle with leukaemia, diagnosed when he was just 10. Becky is a friend of the family.

Rebecca encouraged others to join in and personally gave £125. The idea spread via social media and Dales Fabrications gave a donation with the effort topped up by a charity auction.

“It’s been a great result from everybody, including all at Dales,” said Becky. “We are really pleased.”

Erewash MP Maggie Throup, who was visiting Dales (Fri March 10) on a fact-finding mission after reading about the company’s work and success joined the two fundraisers in presenting a cheque for £1,200 to Kevin and Donna Hill, of the Ben Parker Trust Fund.

The charity helps support the families of children fighting leukaemia or cancer by gifting them a free holiday in caravans at Mablethorpe, Lincs, and allowing them to spend much-needed quality time away from hospital.

Maggie said: “It’s great that Dales have been able to support this local charity knowing that every pound will make a difference.”

Karl Prosser, managing director of Dales, said: “We very much hope that we will be able to continue supporting Ben’s Den in the coming years.”

The cheque was the first donation to the charity this year, according to Kevin. “This is a fantastic amount which will really help,” he said, adding that it would pay for the ground rent for one of the caravans for a year.