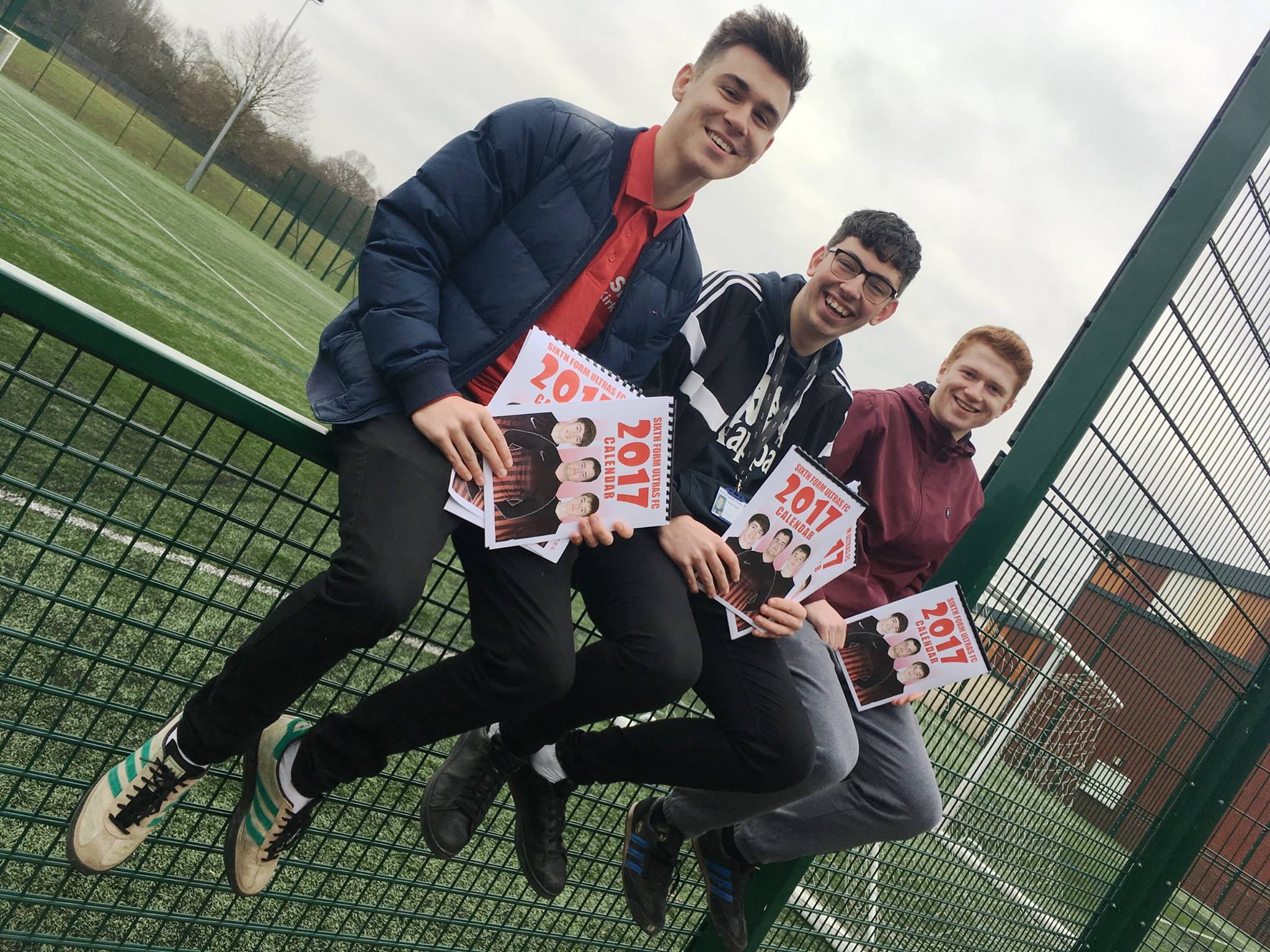 A calendar featuring photos of Kirk Hallam Community Academy Sixth Form football team is being sold to raise money for a prostate cancer charity.
This is the second year that members of the Sixth Form Ultras have produced a calendar – last year’s effort raised £380 for playground equipment for Bennerley Fields School in Ilkeston.
Each month focuses on a different player and is being sold for £3 with proceeds going to Prostate Cancer UK.
It is also hoped that more money will be raised through a cake sale and a lads vs dads football match.
James Taylor, 18, Ryan Cumiskey, 17, and Sam Smith, 18, are all members of the Sixth Form Ultras and feature in the calendar.
James said: “We really enjoyed doing the calendar last year and it was a success, everyone just embraced it – they could see that we didn’t take ourselves too seriously.
“We wanted to do more fund-raising this year and we thought doing the calendar again would just kick-start it.
“Prostate Cancer UK has been the focus of a campaign in football with the Premier League so we thought that would be a good tie-in with the Sixth Form Ultras.
“As well as raising money it’s also about raising awareness and it’s good that lads of our age are talking about it.”
Ryan said they were looking forward to planning more fund-raising events.
He said: “We think the lads vs dads game will be popular and we would charge people to come in and watch. The Sixth Form Ultras is great for socialising and taking a break from your studies. We hope that the current Year 12 students will continue it when we’ve left.”
David Cowley, Head of Sixth Form at Kirk Hallam Community Academy, said he was sure that the students would be able to repeat last year’s success.
He said: “This is something that they’ve planned and created themselves and they have put a lot of effort into it. It’s very popular as it’s different and it’s a bit of fun too. It’s raising money for a great cause and so far it’s selling well. I’m sure it will be just as successful as last year.”