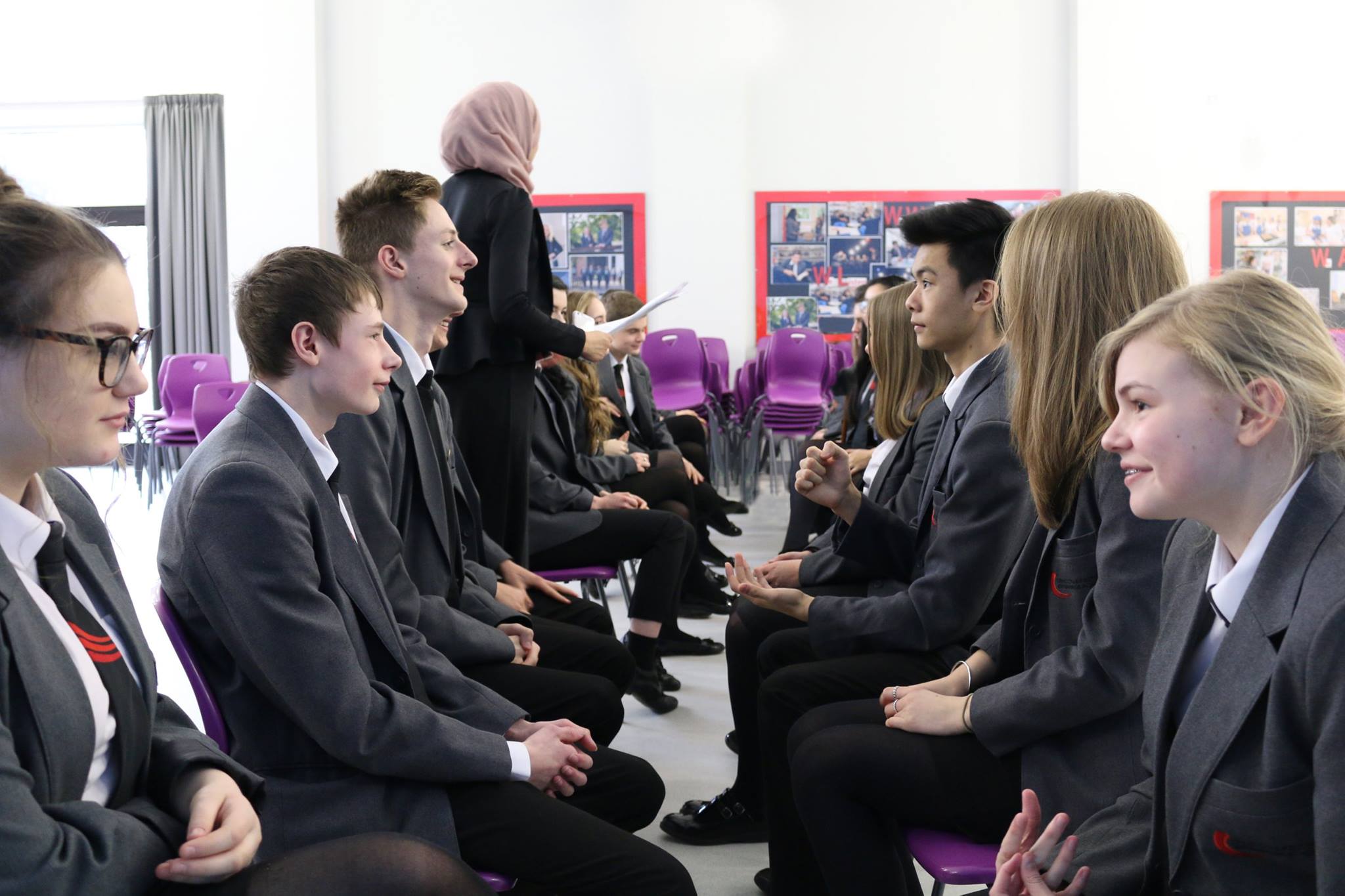 Students at Ormiston Ilkeston Enterprise Academy sharpened their debating skills during a day of workshops ahead of a competition to be held at the University of Oxford.

DebateMate offers a range of competitions and programmes to participating schools, along with training and workshops for teachers and students.

Students at the academy learnt about tone of voice, body language, rebuttal and team-building as part of the workshop.

They were given topics to debate and had to speak out for and against subjects which included, ‘should TV be banned?’ and ‘all children should be subject to a curfew after 7pm’.

Student Will White, 14, said he thoroughly enjoyed the workshops and had been given lots of help and advice.

He said: “We started off talking about how to debate and that was really useful. We went around the room and were asked what we were passionate about and then we had a subject which we had to debate and put points for and against the argument.

“A few of us were each given different roles and we had to be Donald Trump, Barack Obama and Michelle Obama and we had to try to convince everyone to vote for us. It’s been really good.”

Zoe Green, English teacher at OIEA, said the plan was to choose students to represent the academy at a debating competition being run by the Ormiston Academies Trust at the University of Oxford.

She said: “This will be a fantastic opportunity for them, especially anyone who perhaps doesn’t have any family members who have gone to university. Hopefully this will show them that they can do it.

“I’m incredibly proud of them as they’ve all done so well. They brought out some beautiful points during the debates and their confidence has really improved, which has been great to see. They’ve covered so many skills including looking at how to articulate yourself, selling yourself and team-building.”

Miss Abdelmawla said she had been extremely impressed by the students at OIEA.

She said: “The main thing is for them to grow in confidence and use their voices. This will benefit them in so many areas of their lives and will be useful for them when they are attending university interviews. They’ve been fantastic. They said that I inspired them but really it’s the students who have inspired me.”