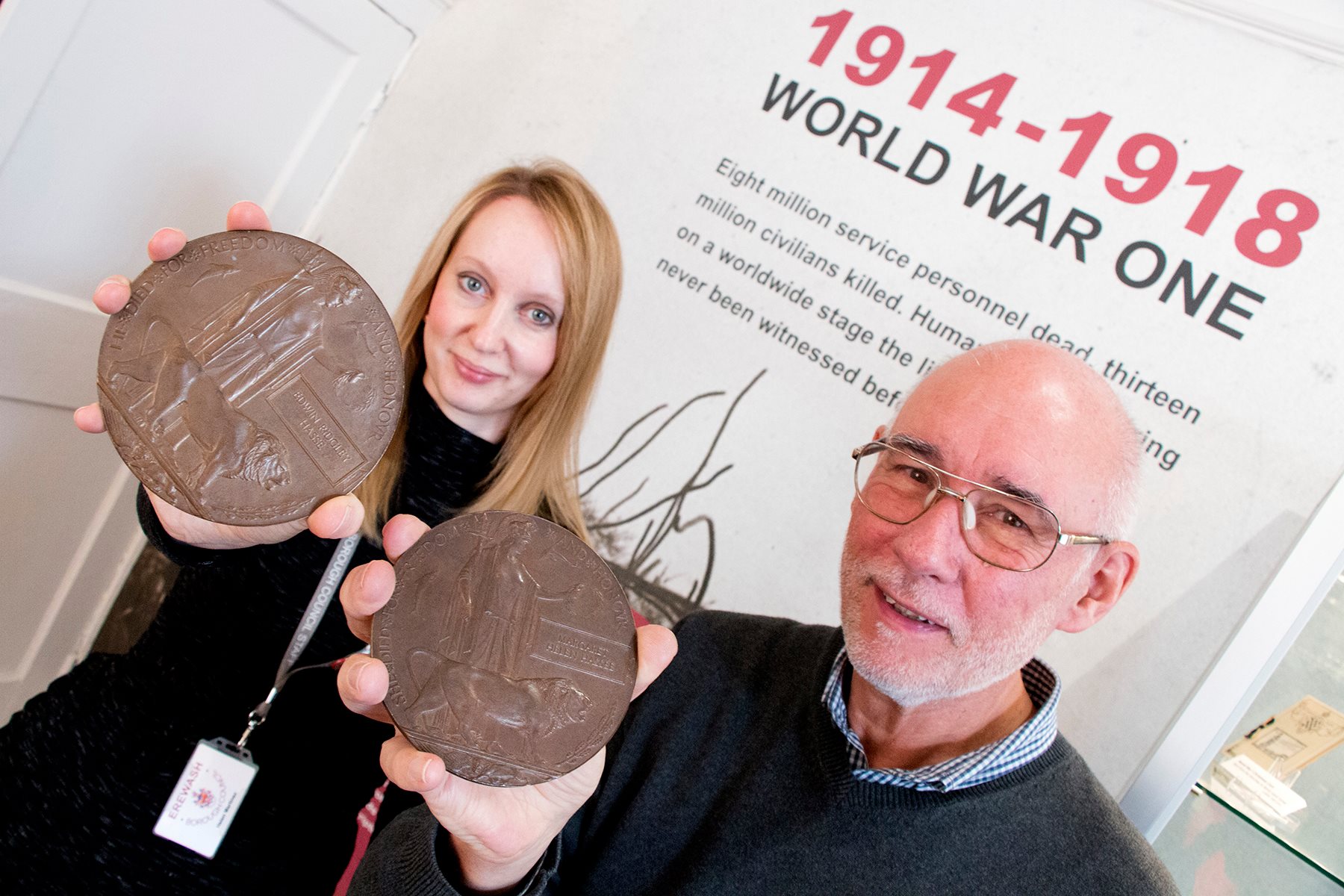 The two artefacts commemorate an Ockbrook brother and sister who died during the war and feature the wording they ‘died for freedom and honour’.

They were originally presented after the war to the parents of Nurse Margaret Helen Hassé and her younger brother Edwin Ridgley Hassé. Margaret was a Red Cross nurse who died of influenza at a Southampton military hospital in October 1918, just weeks before the Armistice. Her brother, who had emigrated to Canada in 1913, served with the Canadian Infantry and died in July 1916.

Very few Death Pennies were issued for female war casualties, which makes the donation to Erewash Museum even more valuable and the brother-and-sister plaques are likely to make the museum an important destination for war historians and researchers.

The donation has been made by the Royal British Columbia Museum which found the two plaques in its vaults and got in touch. It is thought the two historic items were donated to the Canadian museum by another brother who had emigrated, Frank Reginald Hassé, who died in the early 1970s.

“We are absolutely honoured to have these rare plaques in our collection now and extremely grateful to the Royal British Columbia Museum for their generosity in transferring these two important historic artefacts to our museum. It feels absolutely right that they have ‘come home’ to Erewash Museum – we are the museum that serves the family’s home village of Ockbrook.”

The donation was made possible thanks to research carried out by local historians Keith Oseman and Peter Ball for the ongoing Heritage Lottery funded ‘Unexamined Lives’ history project, which provides an insight into the 20th Century lives of the residents in Ockbrook’s neighbouring village Borrowash. Project director and writer of the individual lives, Helen Clark, extended it to incorporate the stories of the First World War victims whose names appear on various local war memorials.

By chance, the Canadian museum staff discovered the two uncatalogued Death Pennies and it was through the ‘Unexamined Lives’ website that they were able to identify the Hassé brother and sister’s home village.

The two plaques can currently be seen in Erewash Museum’s War Gallery.

Erewash Museum is in Ilkeston town centre, a short walk from the Market Place. Opening hours are Tuesday, Thursday, Friday and Saturday from 10am-4pm, and Monday to Saturday during school holidays. Admission is free. Contact 0115 907 1141, email [email protected] or visit the Facebook page /erewashmuseum