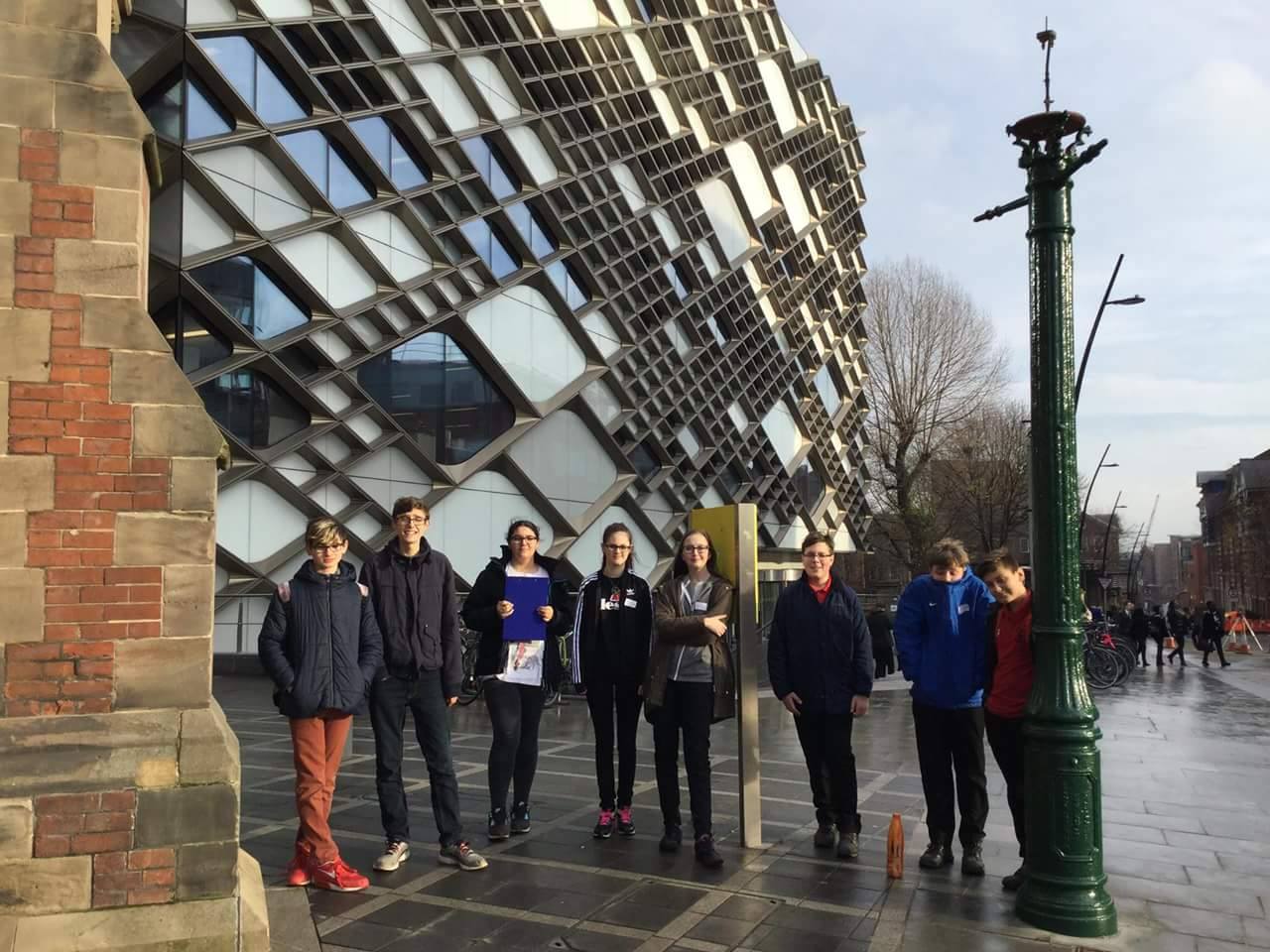 Students at Ormiston Ilkeston Enterprise Academy have been given a taste of university life as part of a programme designed to raise their aspirations.

They were selected to be part of a programme at the academy which aims to encourage students to consider university as an option and raise aspirations.

At Nottingham Trent University, students built a robot as part of an NAO robotics day, which was sponsored by construction industry solution company Caterpillar.

She said: “They had to build a robot which they could take home and were using Maths and Science skills. It was like an Engineering taster day. They had to work independently but there were other schools there too so it was a great experience.”

The aim of the academy’s outreach programme is to give students in every year group a university experience.

Mrs McNelis said: “We want to give students across the academy the opportunity to visit university and have that experience right from Year 7.

“For many of the students involved they might not have anyone else in their family who has been to university and they perhaps haven’t considered it as an option. This is all about raising aspirations and making them aware of all of the different choices that they have.”

At the University of Sheffield the Year 9 students took part in a session as part of a three-year programme called Discover Us which will see them return in future years.

Mrs McNelis said: “They had a campus tour and then they were asked to interview current students and ask questions about life at university and what it entails. They were asking questions about a range of subjects from student loans to accommodation. There were about 100 students from different schools there and they had to work together.

“At the end of the day students from each school delivered a lecture about what they had learnt about university life. Our students did so well and we are extremely proud of them.”

Harmonie Penkal, 14, went on the trip to the University of Sheffield.

She said: “It was really interesting and I enjoyed it. We had a tour of the campus before asking the students some questions. I learnt a lot about university life and it is something that I would consider now. I was thinking about going into the Army but I would love to go to university to study Drama.”