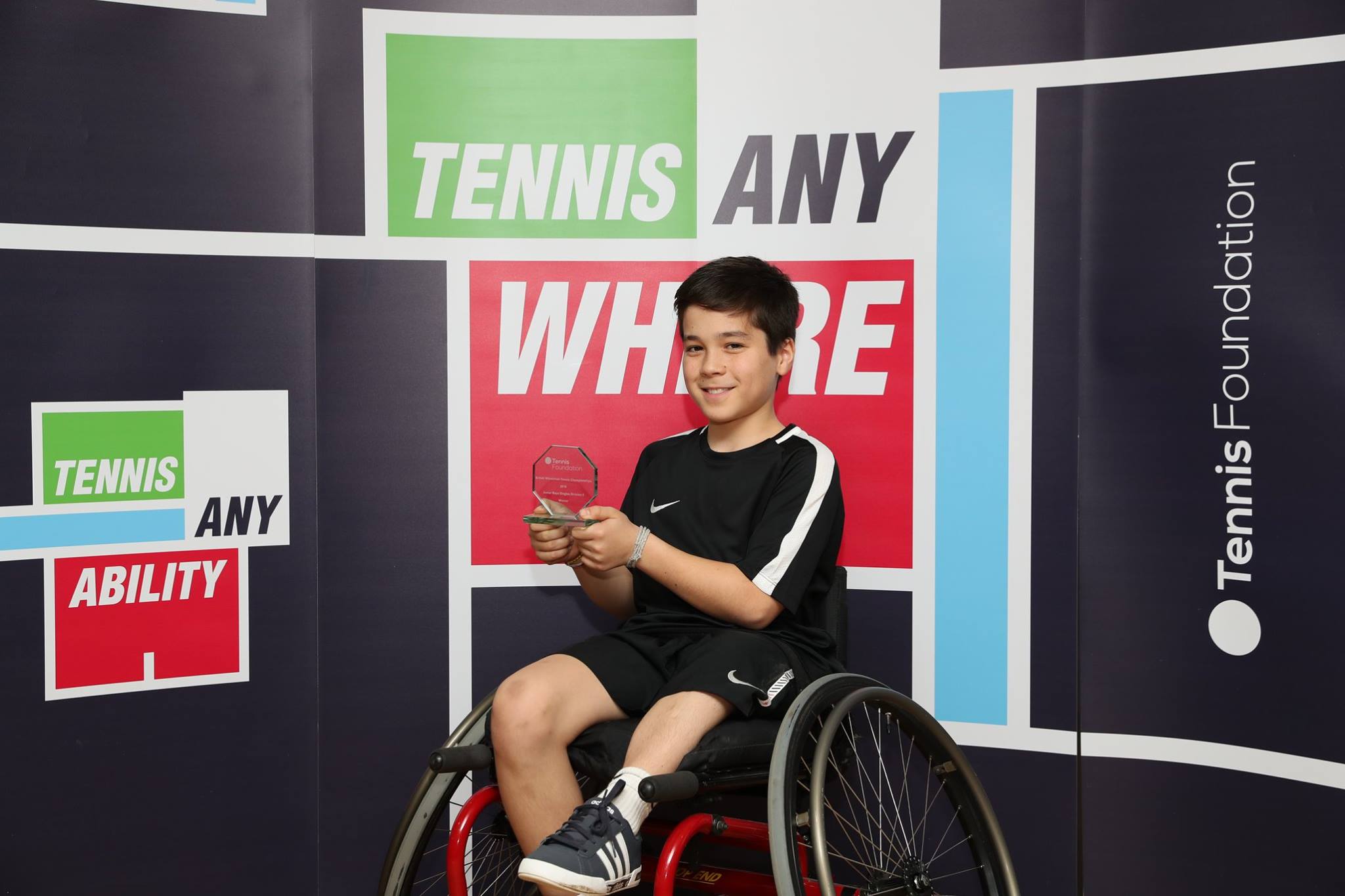 A Kirk Hallam Community Academy student is celebrating after winning a national wheelchair tennis title – just 14 months after taking up the sport.
Dahnon Ward is the British Wheelchair Tennis Division Two champion, for 11 to 14 year olds, beating boys who had represented their countries along the way.
The 11-year-old, of Kirk Hallam, started playing wheelchair tennis in October 2015 at Nottingham Tennis Centre.

He took up the sport after having to quit football because of operations he has to undergo on his left leg, which is about two-thirds the size of his right leg.

Dahnon was born with a rare condition called category D proximal femural focal deficiency, which means he has a very short bone between his hip and knee and no kneecap.

He has undergone several surgeries including one which is designed to lengthen his left leg and this will be repeated potentially another four times as he gets older.

His dad Ryan and mum Phae said they were extremely proud of their youngest son.

Mr Ward said: “He had to give football up because after the operations he has to wear an extension frame on his leg so I started looking for other sports that he could do and came across wheelchair tennis.

“Dahnon wears a prosthetic leg and doesn’t use a wheelchair so he wasn’t keen to get in one but we persuaded him to give it a go and he just took to it really quickly. To win this title is an amazing achievement as it was his first competitive tournament and we weren’t sure if he was ready.”

Mr Ward said: “We rang Ilkeston Tennis Club and the club secretary came to see us. He gave us reduced membership for the whole family so Dahnon can use the courts there too. There are three children there now playing wheelchair tennis and we can’t thank them enough, they’ve been incredibly supportive.”

Dahnon, who also plays wheelchair basketball, said his ultimate goal was to compete at the Paralympics one day.

He said: “I was really nervous going into this competition and I was pleased to win. Wheelchair tennis is hard but I enjoy it and one day I would like to compete at the Paralympics.”