In Remembrance of Dorothy May Walters-Godfrey 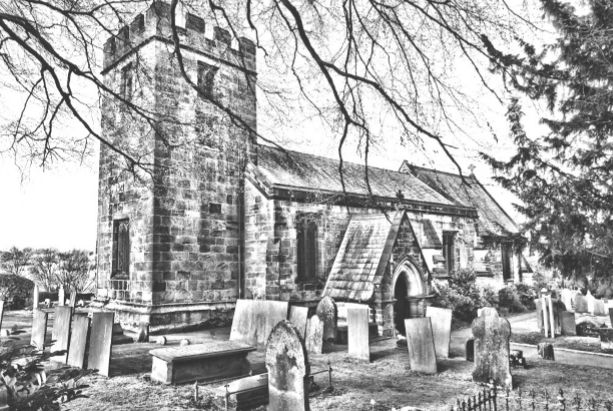 Dorothy May Walters-Godfrey was born in Ilkeston on the 21st May 1918, the eldest daughter of Cyril and Florence Murray. She lived as a child on Nottingham Road where her father had a confectionery shop and was also a local councillor.

When I heard this I realised this was my local sweet shop where I would take ages to pick my sweets at the weekend. It was an important decision as I was only allowed sweets on a Saturday.

I must admit though to knowing nothing about Dorothy until a few weeks ago when Councillor Michelle Booth asked me to accompany her to the Town Hall to a meeting that was part of the History Society week, and also to celebrate National Poets Day.

My first port of call after speaking to Michelle was to the Library to pick up one of Dorothy’s books and to find out a little more about her.

The only book they could find for me was, Because A Rainbow Danced.

All the poems in the book are about astronomy, one of Dorothy’s many interests.

Dorothy attended Kensington School, where her grandmother was once the headmistress, and then Ilkeston Grammar School.

A keen journalist, she wrote for the Ilkeston Pioneer and the Ilkeston Advertiser. She also wrote an article for the Derbyshire Country Magazine, now known as Derbyshire Life. The article was about Spring Farm, which was demolished in the early fifties to make way for the construction to start on the estate, which was to become Kirk Hallam.

In 1948 Dorothy married Gerald and In 1960 she moved to Bath with her husband, where he was a Reader in Humanities in the new University of Technology which they were both influential in setting up and where they still have a memorial lecture every year for Gerald, this year being the 44th.

At the event were two ladies who knew Dorothy when they were children.  One of the ladies, Vivienne Winrow told me her aunt was a friend of Dorothy. The ladies remember Dorothy taking them for walks and telling them the Latin names of the plants as well as the everyday names. They said she was a real character who adored her poodles and said that she was an ‘Interpreter of Beauty’.  Dorothy had many other interests in her lifetime, some of which were growing rare plants, studying bird-song and getting to understand animals better through her love of her poodles. She had many poodles over the years, both Toy and Standard.  She also combined this with an active interest in politics and science and was also a gifted musician and artist. Several of her poems have been set to music and her abstract paintings have been exhibited locally in the past.

Dorothy became increasingly known for her poetry and in 1968 she won a prize for her poem, Human Rights.

Her second collection, the one I found at Ilkeston Library, A Rainbow Danced was published in 1976. Sadly, Gerald died later that year at the age of 49.

Dorothy continued to write for the rest of her life and when she died in 2015 at the age of 96 she was buried at All Saints Church, Kirk Hallam, where her husband is also buried.

In her will Dorothy left a £1,000 gift to Ilkeston Library and they have used part of this money to have her books rebound to protect them.

They also asked Cathy Grindrod to organise a workshop at the Library in Dorothy’s honour, which many people attended and enjoyed. Cathy is an award winning writer and was our First Poet Laureate of Derbyshire from 2005-2007.

Cathy set those at the workshop the task of writing an acrostic poem on the themes of some of the subjects that Dorothy loved, Poets, Politics and Poodles. They also did a collaborative poem about the moon. Quite a few members of the workshop attended the event and read out some of their work, which was excellent and well received by the audience.  Some of their work appears on this page.   Joyce Rich, a member of the History Society, Poetry night at the U Choose and Chapter and Verse Reading Group, summed it all up by simply saying, “Aren’t they clever.”

Library Services Development Manager Catherine Mills organised this event. And was capably helped by other members of staff.

Moon-Tide   From Dorothy May Walters Godfrey’s Book, Because A Rainbow Danced:

When man has reached the moon
Will he
Be standing where eternity is wrought,
For is not he
In fealty to the White Goddess,
Does not she
Control each day, each month, each year,
From the second he
Is given birth in his revolving cradle
Satellite earth?
Earth is in tutelage to her, for time
Ticks totally
At her command, here on land
Where she
Sea-separating wide, creates the tide,
Tide and time
Team together to eternity.

Some of the poems written at the workshop: (Others appeared in last month’s paper)

That won’t do, it’s too old
Let’s modernise it and sell
We need to make some money.
We want everything changed
Plastic doors and window frames.
It’ll have no character
But that doesn’t matter
As long as it makes us money.
Houses should look uniform
Be all up to date and boring.
So what if it looks quaint now?
by Elaine Jacklin

Dinner time, she tried so hard.
It looked tasty and hot, but then
Harsh words, “I’m not eating this!”
Plate in the air, dinner on the wall
Splattered, speckled, spread.
A carrot slipped down Dad’s face.
Mom had had enough!
by Ruth Sharpe

From Higgs Bosons to the universe,
From the view of man, a scale unfolded –
A scale beyond comprehension, an enormous task
But finding out the big answers, is too much to ask.

Perhaps, the universe in definition, is all matter
And energy, all the planets and galaxies and stars –
so how do we measure, when it’s just so far –
No way to know the limits, are there borders?

And though many say they’d love to go into space,
I’d sooner sit at home, with a hot cup of tea
And a book or two, yes – that would be good enough for me,
Just think about it, the Milky Way – our very own

is like comparing wrecking balls to scones,
our galaxy is tiny, in comparison with others,
if drawing the analogy of mountains, they’d all rise above us –
we’re tiny, insignificant, think of Adams’ Total Perspective Vortex – we’re a microscopic dot on a microscopic dot that says “we are here”
so is it any wonder why some of us fear it when we hear of it, we’re not inspired, we’re suddenly wired, time to change the discussion

before space drops down on us, bringing concussion
no we don’t want to go there, no I won’t grow a pair,
I’d sooner have the infamous Hitch Hiker’s Drink
The Pan Galactic Gargle blaster
which drowns my ability to think.
by Simon Purdy

The bell clanged and clapped and clangs and claps
I desperately wanted to fit in
In the St George and Dragon assembly
As a shy princess, waiting to be saved.
Miss Healey,
Huge imposing beehive, nestling on her head
Raven face glaring at my misspelling of ‘did’ for ‘bed’
As I stood, silent.
One girl with round rimmed wire glasses
Had a wetting chair and sat alone.
Warm milk turned slightly in diddy bottles
Unable to swallow foul cabbage
Forced by a shrewish, aged spinster
Yearning to play with a friend
In the secretive, intimate Wendy House
Or to dig and delve in the sand pit
Or to pour untroubled water
By Caroline Greatorex