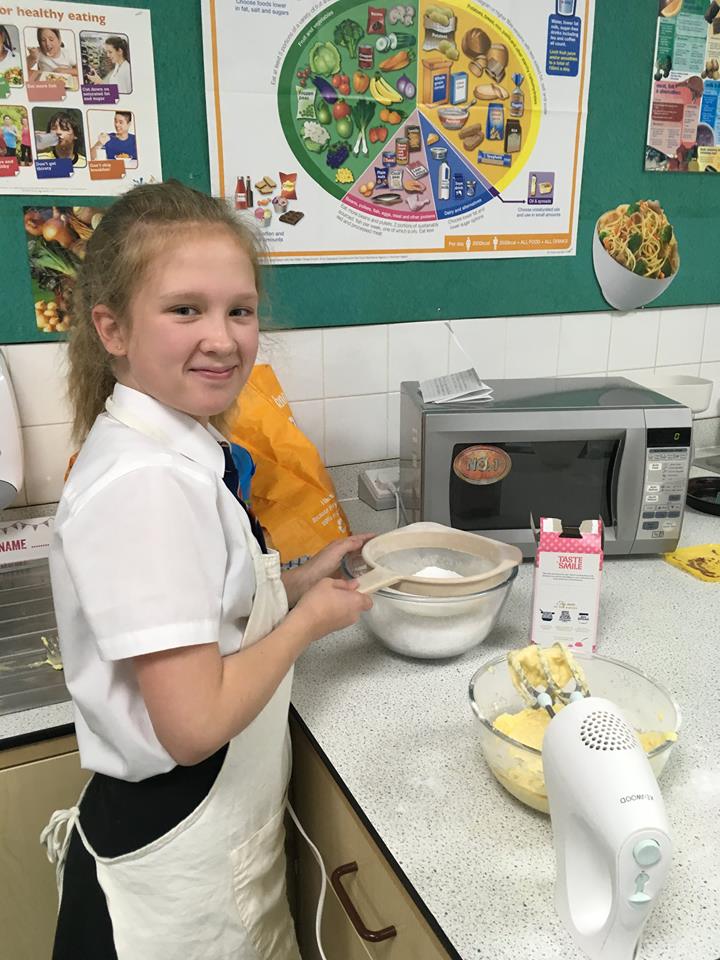 A Great British Bake Off-inspired competition brought out the creative talents of Kirk Hallam Community Academy students.
Eighteen keen bakers from Year 9 took part in the culinary contest and they were asked to produce a ‘signature bake’ which was a filled, decorated cake.
The academy even had its very own Paul Hollywood and Mary Berry in the guise of self-confessed foodies Stewart Townsend, reprographics manager, and Kate Doohan, exams and data officer.
Students had one-and-a-half hours to bake and decorate their cakes and the finished products could have given the real-life Great British Bake Off contestants a run for their money.
Among the amazing creations was a burger-inspired cake which included a burger made out of rice crispies covered in chocolate, a sponge bun and tomatoes, lettuce and cheese all made out of icing.
Two students opted for a Halloween theme with one creating a graveyard complete with headstones and chocolate soil.
After some tough deliberations and lots of taste tests, the judges gave the star baker award to Emily Reynolds, 13, who made a chocolate fudge cake covered with strawberries and surrounded by Matchmakers.
Claire Linley, Food Technology teacher, organised the competition, which took place after school.
She said: “The students are all studying Food Technology but this was just a great opportunity for them to have fun and show what they are capable of. They should be very proud of their achievements because they all put so much effort in and I was so pleased to see such a diverse range of ideas.
“The judges were not from the Food Technology department and don’t know the students so they were completely impartial and I would like to thank them for giving up their time to do this. So many students love watching the Bake Off and hopefully this competition will leave them feeling even more inspired.”
Mrs Doohan said she was extremely impressed by the students’ efforts.
She said: “We had a look around whilst the students were making the cakes to see what techniques they were using and then we tasted the cakes. It’s been great to see them all have a go and show off what they can do.”
Dan Fletcher, 13, made the burger-themed cake.
He said: “I tried it out twice at home and one time it came out well but the other time it didn’t work. I do watch the Bake Off and I’ve really enjoyed taking part in this competition at school.”