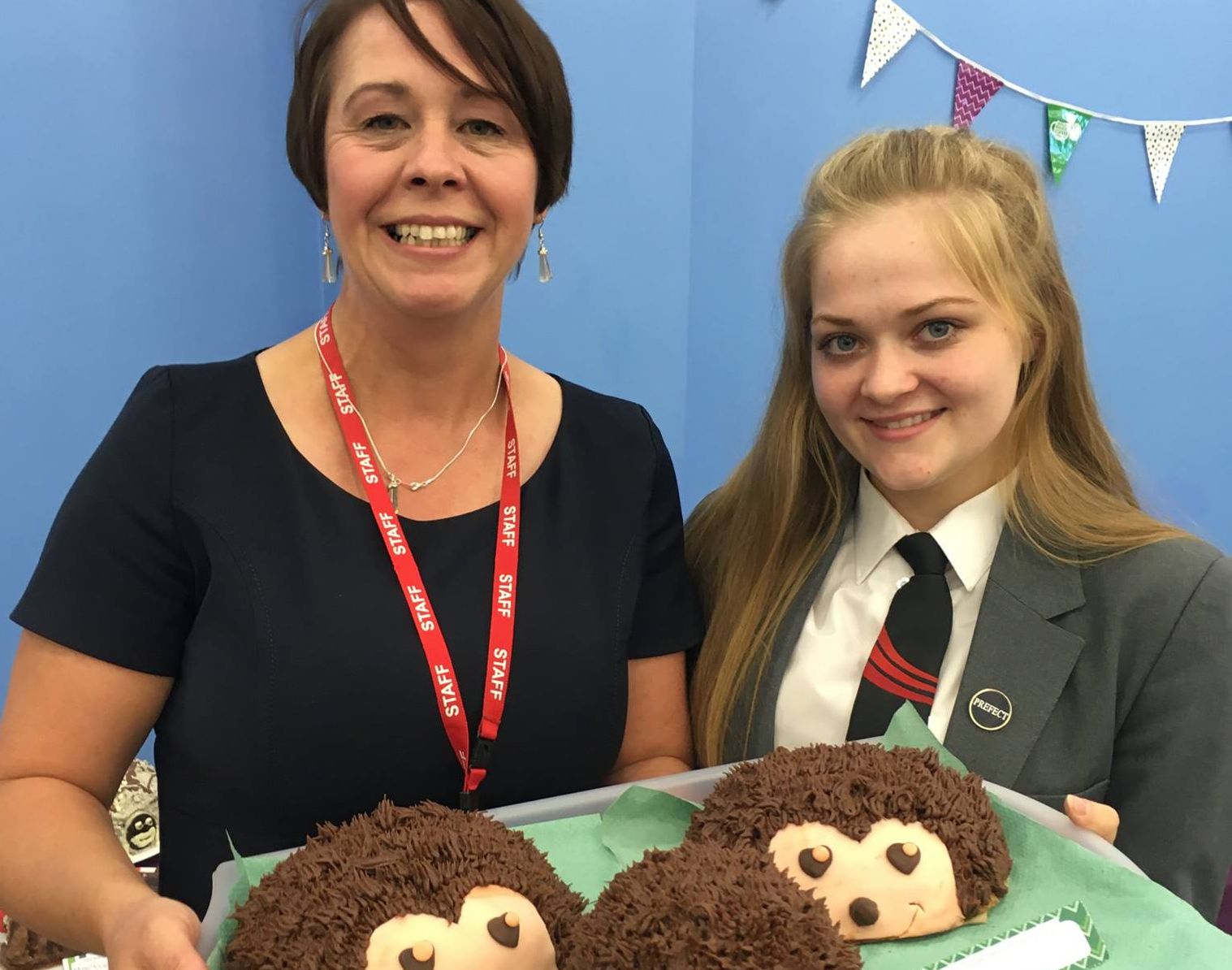 An Ormiston Ilkeston Enterprise Academy student who lost her dad to a brain tumour helped to organise an event which raised hundreds of pounds for a cancer charity.
Evie Young, 15, was among prefects and staff at the academy who arranged a coffee morning for Macmillan Cancer.
Students and staff baked cakes and biscuits and served parents, carers and family members at an afternoon-tea style event. They raised £633.76.
The academy also held a competition inspired by the Great British Bake Off which was won by staff member Jo Birkin, who baked three hedgehog cakes.
Evie, whose dad Andrew died at the age of 52, said: “It was a joint effort between the prefects and staff were involved too. It was a follow on from some fund-raising we’d already done for Treetops Hospice, where my dad was cared for in the months before he died.”
Treetops, in Risley, provides nursing care and emotional support for anyone affected by a life-limiting illness in Derbyshire and Nottinghamshire.
Previously students raised £285.76 by holding various events including a car wash, cake sale, raffle and tombola.
Evie’s mum Gillian said she was extremely proud of her daughter.
She said: “She’s done really well and has had a lot of help from school and a lot of support from Treetops. She’s brilliant and I think doing things like this is helping her, it’s quite cathartic and she was really excited about the coffee morning.”
Student Keeley Cummins, 11, helped out by selling cakes at the coffee morning.
She said: “I have really enjoyed doing it and I think it’s important to be involved in something like this as the money will go to helping people with cancer.”
Katie Hughes, Head of Year 11, said the event was a great success.
She said: “We’ve had about 30 students involved. They’ve been welcoming visitors, selling cakes and serving tea. The students have been wonderful and I’ve been amazed at the amount of cakes we’ve had and the standard of them. We’ve been really impressed as there have been some very inventive ideas.”
Nia Salt, Principal at Ormiston Ilkeston Enterprise Academy, said: “We were thrilled that the community came out to support such a worthy cause and could see for themselves how seriously the students take any event where they can help others. The students loved serving those who came and chatting about the event and the superb quality of cakes that were made. Teachers and students alike stayed up the night before to try to provide something special. Bake Off eat your heart out!”