Ilkeston student competes against gymnasts from all over the world 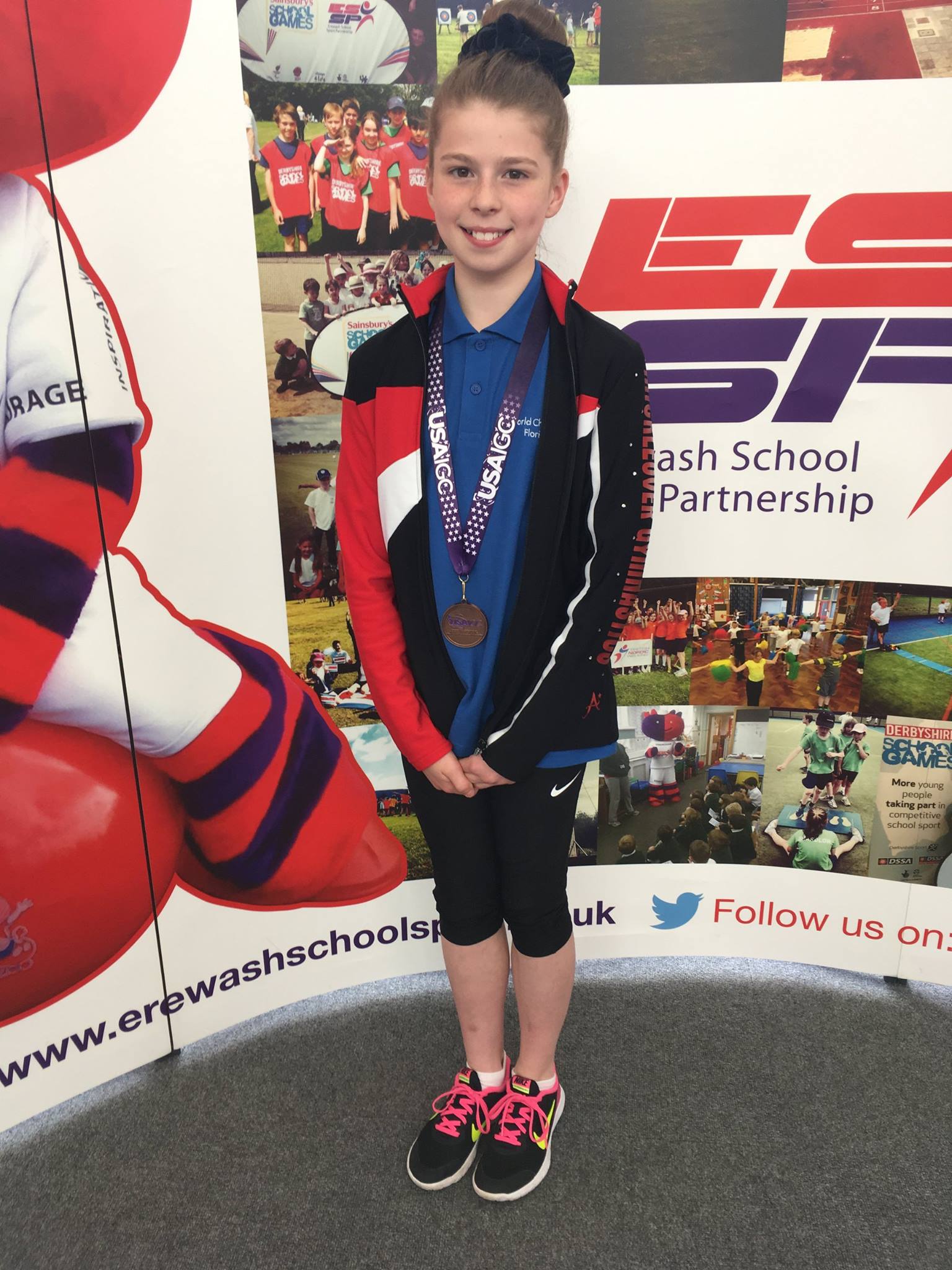 An Ormiston Ilkeston Enterprise Academy student competed against gymnasts from all over the world at an international gymnastics competition in America.

Kiera Warhurst, 12, and three friends from Mickleover Gymnastics, in Derby, took part in the IAIGC World Championships in Florida.

The girls – Kiera, Ceri Amison, 13, Millie Thomas, 11, and Amelia Finnegan, 11, all competed in the Bars, Beam, Floor and Vault in the Women’s Artistic discipline in different categories which included Bronze, Silver and Gold.

Kiera, of Ilkeston, said it was an experience that she would never forget.

She said: “It was amazing, we were training and competing against gymnasts from all different countries.

“We trained most days but we did visit a water park and SeaWorld where we went on lots of rides.

“We all went to each others’ competitions to support each other. I competed in the silver all around and was please with my performance on floor and vault, there were 49 gymnasts taking part in those competitions.

“I was really pleased for Millie as she placed 3rd in the all around and went on to the vault final where she won silver.

“The standard was very high. The American gymnasts were really good but they were also very supportive too. When I was competing they were shouting my name and cheering me on. I would love to take part in the competition again if I had the chance.”

The girls raised around £3,000 but still need to find around £200 each to cover their costs of flights and accommodation for the 10-day trip.

To raise the money they sold food at a Saturday morning kitchen and held a sleepover, both at their gymnastics club, organised a film night, held a guess the name of the teddy competition and several raffles.

A tug-of-war competition was held at Ormiston Ilkeston Enterprise Academy and the group set up a Go Fund Me page https://www.gofundme.com/25z6c3fw

Specsavers made a donation and the girls’ tracksuit and kit was sponsored by Glynn and Julie Andrews from Trailer Service and Repair Ltd.

He said: “Taking part in this international competition and competing against gymnasts from all over the world must have been an incredible experience for Kiera which will hopefully spur her on. She should be very proud to have been selected and we wish her every success in the future.”