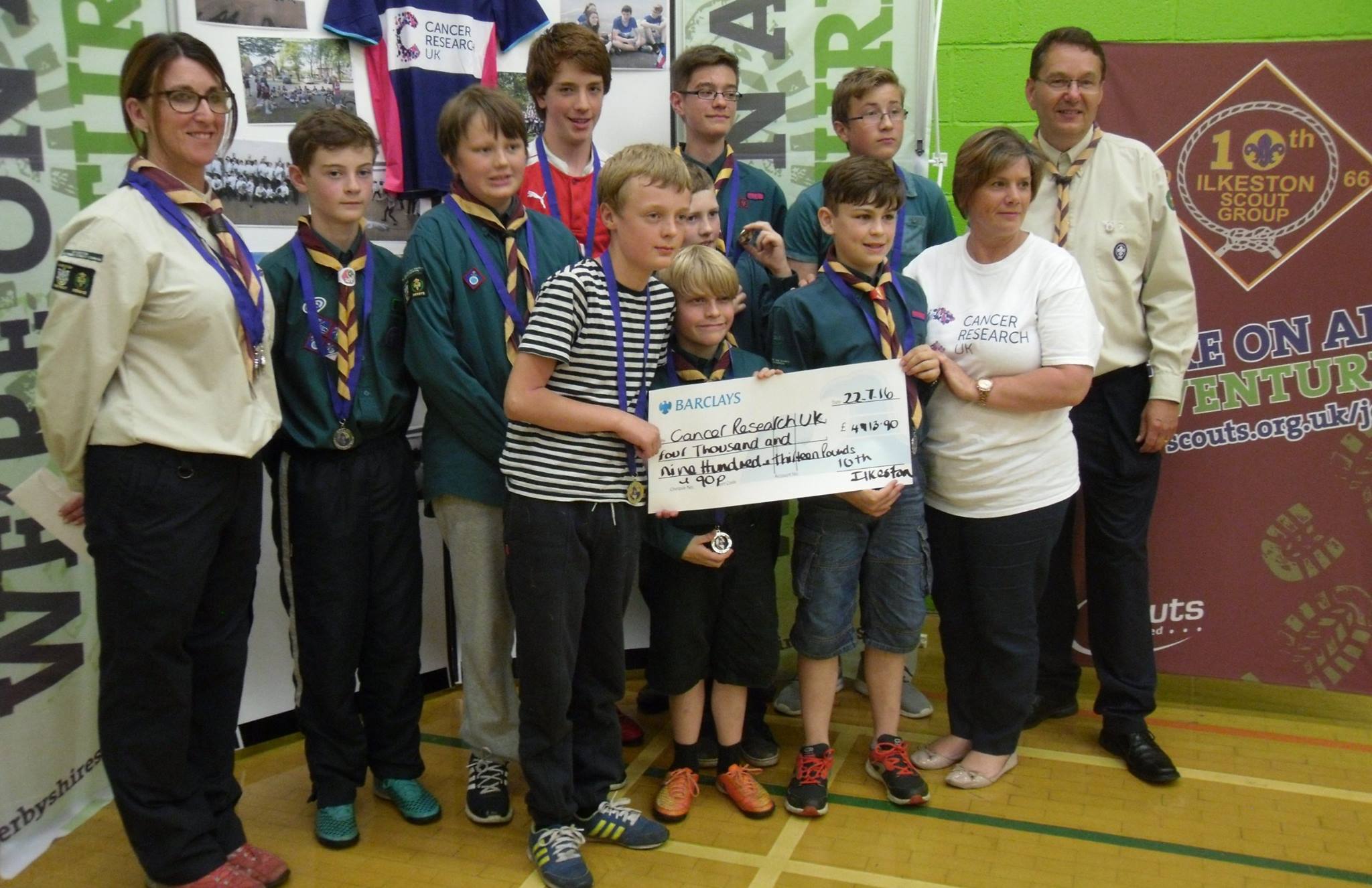 At their summer barbecue on 22nd July, 10th Ilkeston Scouts presented a cheque for £4,913 to Tracey Jones representing Cancer Research UK. The Scouts raised the money with a pentathlon event. First they swam ½ km at the Victoria Leisure Centre in Ilkeston, equivalent to 10 lengths of an Olympic pool.

Then after a quick dry and change on to mountain bikes for 15km cycling to and around Shipley Country Park. This was followed immediately by a 5km cross country run to the Derbyshire Scouts’ camp site at Drum Hill, Little Eaton. There they went in to the fencing event followed by 40 rounds of target shooting with air rifles. All in one day.

Scouts (boys and girls) range in age from 10 and a half to 14 years and Scout Leader Steve Bowmer praised the commitment and stamina of the young people. Leaders, including Steve did also take part. Steve commented that the Scouts probably enjoyed most the opportunity to hit their leaders with swords!

Two years ago 10th Ilkeston Scouts raised money for a sensory garden in Ilkeston with a long distance bike ride in the Peak District. Last year they did even more with a triathlon raising money for the Teenage Cancer Trust. This year their community action has pushed the boundaries even further with this magnificent effort for Cancer Research.

Leaders at 10th Ilkeston Scout Group organised the event but Steve thanked staff at Erewash Borough Council’s Victoria Leisure Centre for their generous support, the staff at Drum Hill and the fencing and shooting instructors as well as support crews and route marshals, drawn from helpers and parent.

Accepting the cheque on behalf of Cancer Research UK, Tracey Jones expressed admiration for the effort made by everyone, especially the young members and congratulated them all on their community action.