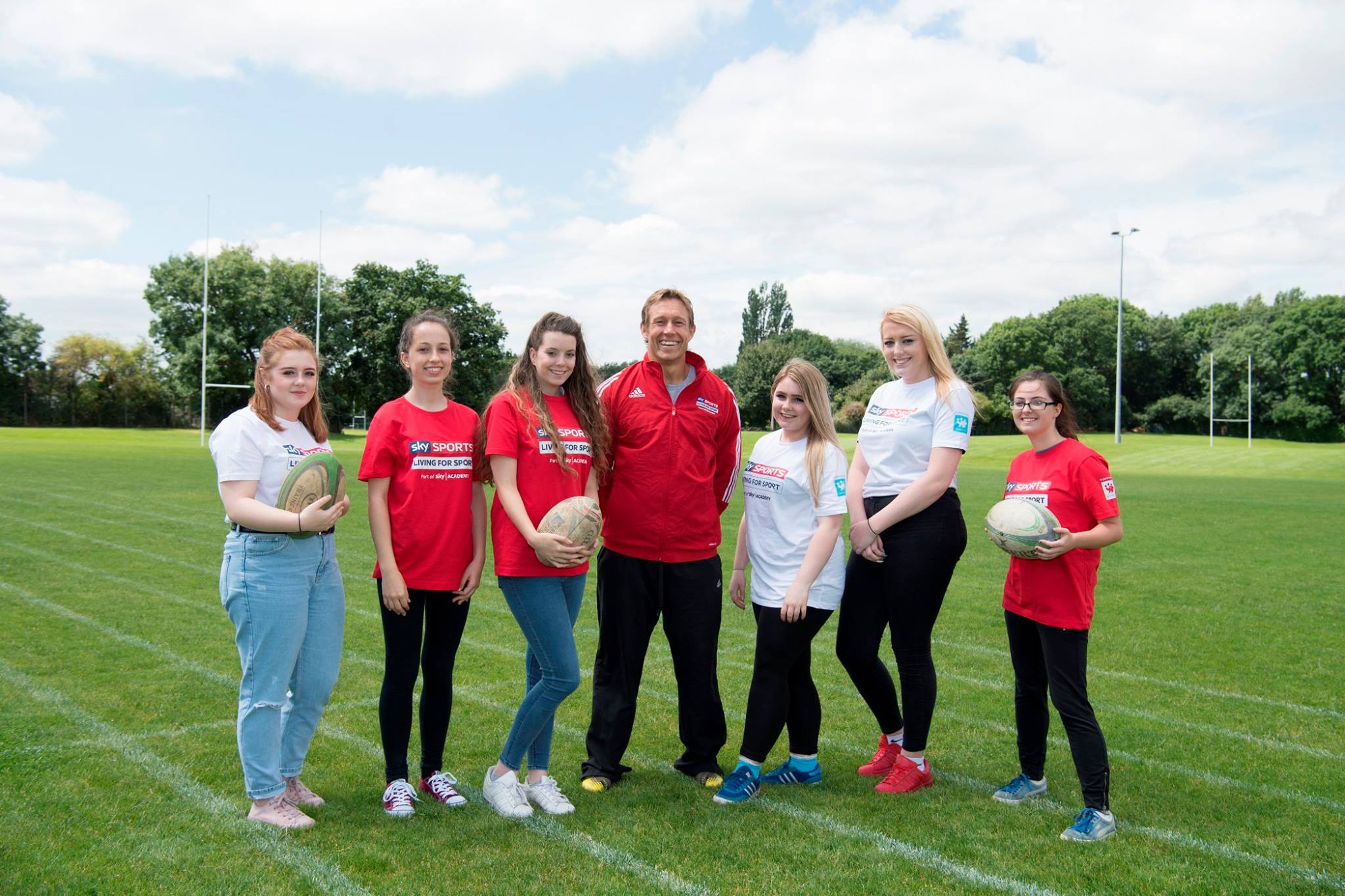 A sports project run by Kirk Hallam Community Academy in a bid to improve students’ self-esteem, attendance and aspirations has scooped a top national award.

The Activate project has been named as the best project in the UK and Ireland by Sky Sports Living for Sport, a scheme that sees athletes working as mentors in schools across the country.

There were more than 200 nominations for the awards and the judging panel included Barney Francis, Managing Director of Sky Sports, Baroness Sue Campbell, Chair of YST and Head of England Women’s Football, and Darren Campbell, Olympic Gold Medallist and Sky Academy Ambassador.

As a reward, the students involved in the project won a visit to Twickenham Stadium and took part in a special sporting masterclass at Sky Studios in London.

They were also surprised by England Rugby legend and Sky Academy Ambassador Jonny Wilkinson and presented with their award.

Martin Ebbage, head teacher at Kirk Hallam Community Academy, said everyone at the academy was thrilled about winning the award.

He said: “This project had a direct impact on the girls who took part and we are thrilled that it has won such a prestigious national award.

“At Kirk Hallam, we are always looking for innovative ways to engage our students in education and this project is a good example of that.

“The group had a fantastic day at Twickenham and it was a great surprise for them to meet Jonny Wilkinson who is such an inspirational role model.”

The project was set up by Lorraine Stone, former Head of PE at Kirk Hallam.

She said: “I am really pleased that the girls’ hard work and focus has been recognised at a national level. At different points during the project there were barriers to overcome for each girl and they really excelled.

“The vehicle of PE and sport can be so powerful with regards to raising self-esteem. This project is an example of how it can make a real difference and something I was always passionate when working at the school as a Head of PE.”

As part of the project, Mr Gascoyne held regular meetings with the girls to discuss academic progress, attendance and career aspirations.

Results from the project showed that the girls’ average attendance at school improved and all of them showed an improvement in Maths and English.

When the project finished, the girls were rewarded with a celebration day at Loughborough University, giving them an insight into university life.

The project was chosen as the winner based on the impact it had on the whole group, how it reached out to a specific group of students with clear outcomes and how it displayed the unique points of Sky Sports Living for Sport.

Sky Academy Ambassador Jonny Wilkinson said: “The girls of Kirk Hallam Community Academy have demonstrated great commitment to their Sky Sports Living for Sport project and fantastic enthusiasm for learning new sports. They are all worthy winners of the Project of the Year award. Sport has an important role in teaching key life skills to young people and Sky Sports Living for Sport provides the tools to make this fun and engaging for students across the UK and Ireland.”