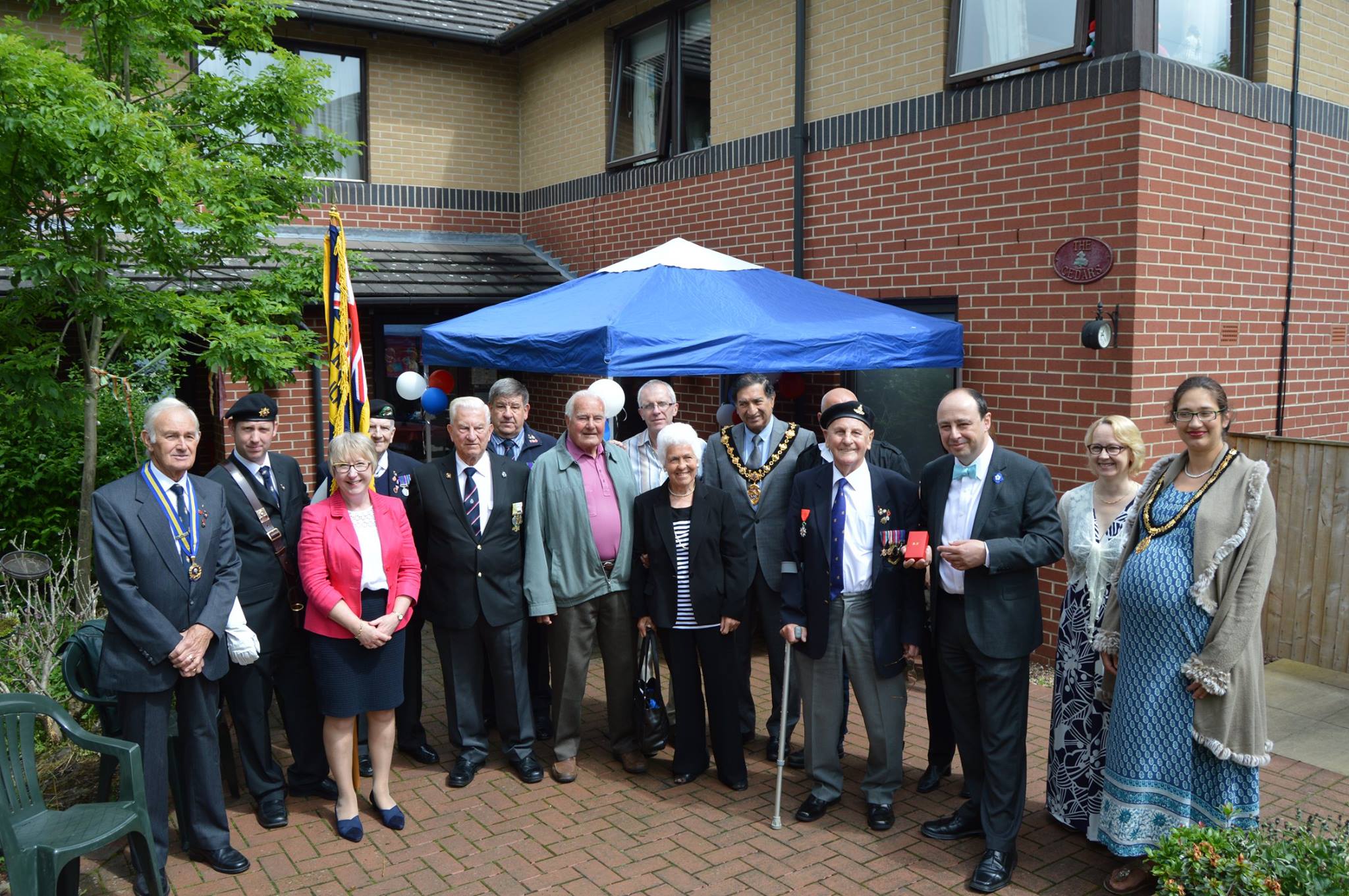 Local MP Maggie Throup joined the Mayor of Erewash Cllr Abey Stevenson, residents and staff at The Cedars and Larches Care Home in Ilkeston, to witness the presentation of the Legion d’honneur to Mr Leonard Everitt for his services to France during the Second World War.

This prestigious medal was presented to Mr Everett’s family by French Envoy, Jean-Claude Le Fontaine, with a Guard of Honour provided by the members of the Royal British Legion.

Following the presentation Maggie said: “It has been an immense privilege to be part of today’s presentation. I would like to congratulate Leonard on his Legion d’honneur and thank him for his service to this country.

“I am sure Leonard was extremely disappointed that he was unable to receive the medal personally as he was ill in hospital, but everyone at the ceremony wished him a speedy recovery.

“The Second World War still defines the world in which we live in today, and I believe that it is only right that we continue to commemorate the sacrifice that millions of people like Leonard made, in order to prevent history from repeating itself ever again.”