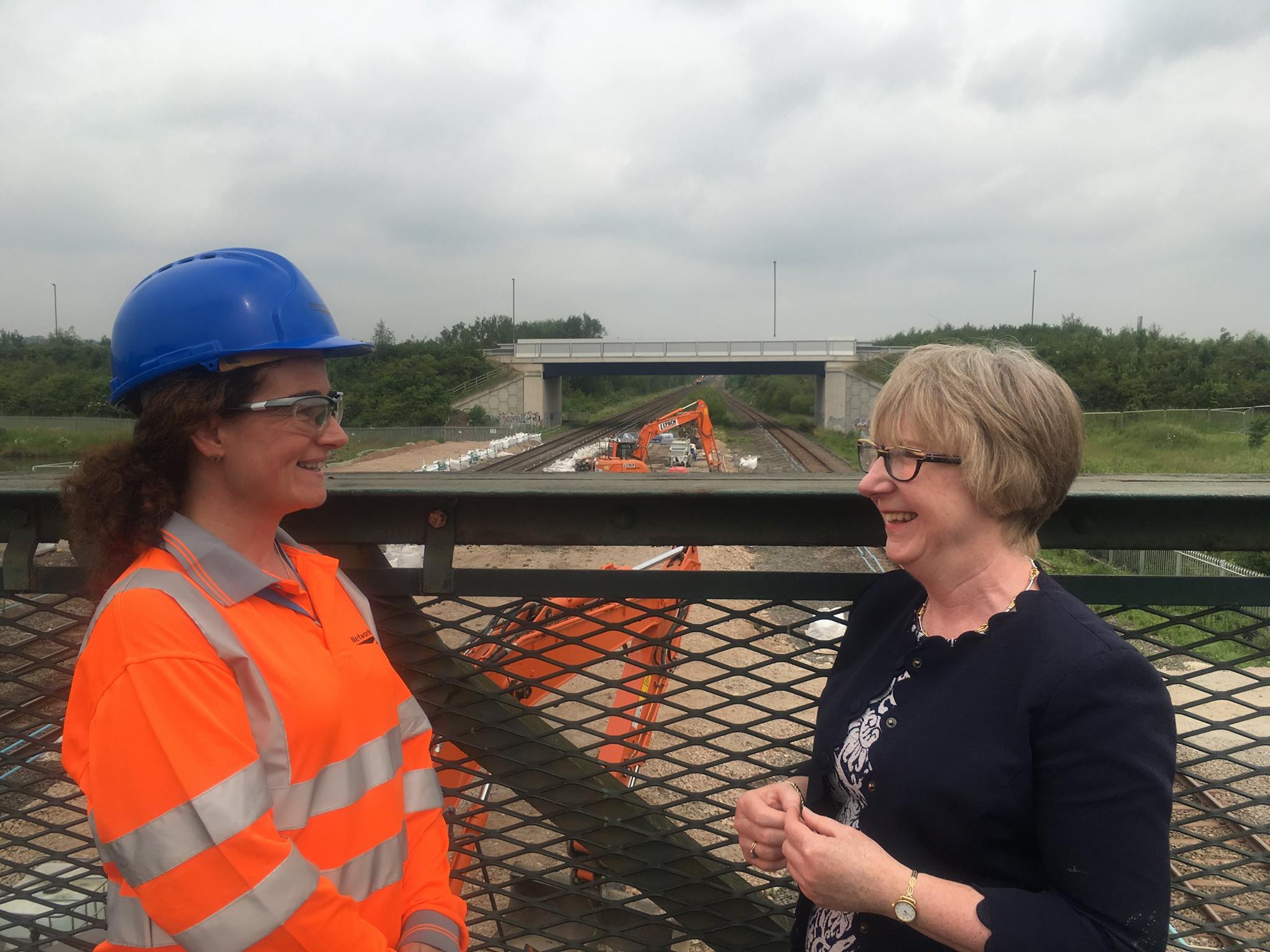 Maggie Throup MP, Member of Parliament for Erewash, today visited the site of Ilkeston’s new train station, where she met with representatives from Network Rail and Derbyshire County Council to seek reassurances that the project would be completed as soon as possible.
During the meeting she also reiterated her calls for an innovative integrated transport plan, in order to connecting the new station up with the rest of town and ensure that Ilkeston feels the full benefits of this multi-million pound Government infrastructure project.
Speaking from the site, Maggie said:
“It’s been a long fight, but I am now confident that 2016 will be the last year that Ilkeston holds the dubious title of ‘largest UK town without a train station’.
“Now that work is progressing well on the station itself, I want to move the focus onto making sure that we put a clear plans in place to connect it up properly with our town centre, something which has the overwhelming support of both residents and local businesses.
“I believe the best way to achieve this would be to instate a new electric hopper bus service that would operate on a loop to and from the station via the town centre including Bath Street, the Market Place and South Street. This is something I will be speaking to the Transport Secretary and Derbyshire County Council about in more detail and I will keep local residents informed of the progress I make.
“The construction of the station also highlights the important of STEM (science, technology, engineering and mathematics) subjects, and so over the coming months I have also agreed with Network Rail to organise a series of trips to the site for local schools, so that students can see the practical application of these subjects in the world of work.”